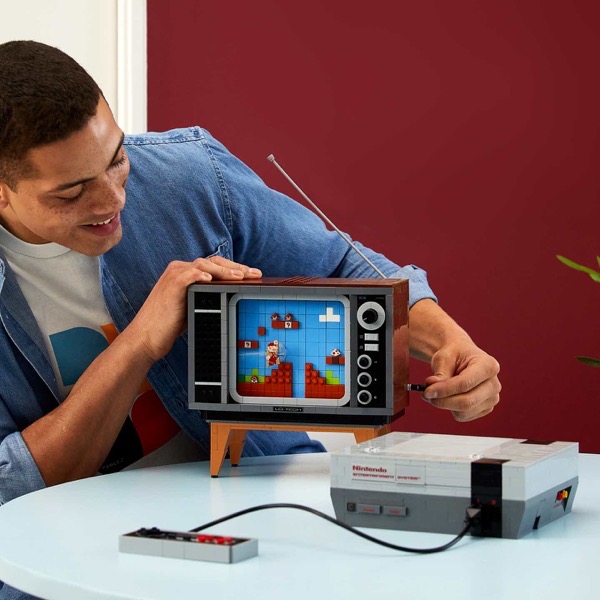 The collectible new kit offers a brick-built NES model packed with realistic details, including the accompanying 1980’s style LEGO television set. The kit also includes a controller with a connecting cable and plug and even an opening slot for the Game Pak with a locking feature.

The console also comes with a buildable retro TV, featuring a flat 8-bit Mario figure on the scrolling screen. Fans can scan an included action brick with LEGO Mario from the LEGO Super Mario Starter Course.

“Super Mario has been a cherished figure in the gaming world for over thirty years now,” said Maarten Simons, Creative Lead on LEGO Nintendo Entertainment System™, the LEGO Group.

“With the LEGO Nintendo Entertainment System, we’re letting them truly indulge in that nostalgia, recreating one of the most-loved consoles of all time so they can see the Super Mario from their childhoods once again.”