LG has canceled plans to bring support for Apple’s AirPlay 2 and HomeKit technologies to its pre-2019 TV models, despite earlier assurances to do so. 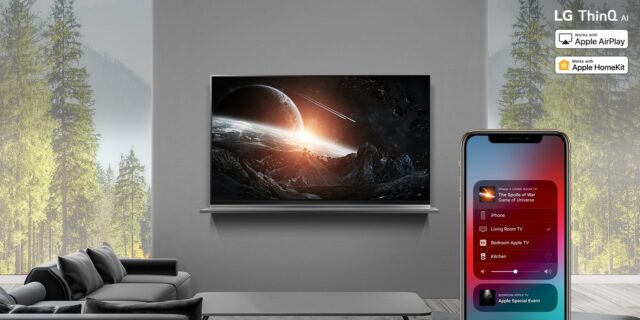 Back in April, LG was clear that support for AirPlay 2 and HomeKit was indeed coming to pre-2019 models, explains a new MacRumors report. However, LG has walked back its claim, removing references to the tech within its support document.

LG has since told customers that it has no plans to update its pre-2019 TVs with AirPlay 2 or HomeKit in a tweet to a customer:

Hi there, LG has no plans to update its pre-2019 TVs with Airplay2 or Homekit unfortunately. Apologies for the inconvenience caused!

The tweet dates from a week ago but is now being followed by complaints from owners of 2018 TV sets as the information spreads.

What this means is that owners of LG’s 2018 television sets, such as the SK and UK LED sets and the B8 through Z8 OLED models, won’t be getting support for the aforementioned Apple technologies.

Customers are furious with the decision, with one stating: “Your company should be ashamed. I’m pretty sure more than 22.000 customers will never buy another product from LG now that we know your products lifespan is well under 2 years. Especially considering you said you would update 2018 TVs on your website and now you erased it!”

Another described the decision as a “very poor show” considering LG’s earlier promises, stating it would be the last LG product they bought.