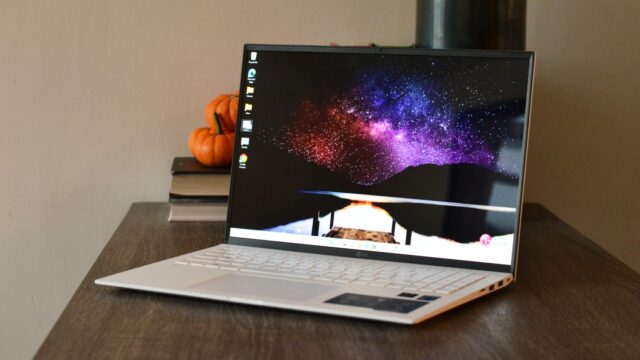 There are typically two camps people find themselves in when looking at a new laptop. Either they want a productivity powerhouse or they want a sleek gaming rig. LG’s 2022 Gram is truly in the former’s circle. It’s a wonderfully portable laptop that delivers on a number of fronts to get you through the school or work day.

LG is continuing to iterate on its long-running Gram series. This year, LG launched its 16-inch Gram with attractive features, a lightweight design, and a gorgeous display. I’m a big fan of aesthetics and while this year’s Gram did leave me wanting more from the overall build of the laptop, I was quite impressed by how the dependability it provided.

While productivity is certainly the LG Gram’s strong point, it does lack the support to become a dedicated gaming machine. With a premium $1,399 price tag in Canada, consideration of what you hope to gain out of a new device is definitely worth keeping in mind. If you’re looking to play Elden Ring on ultra-high settings, this may not be the machine for you. However, if long-lasting battery life and a large display are on your priority list, the LG Gram serves it in spades.

LG’s 2022 Gram laptop once again emphasizes a sizeable build. I’ve historically preferred smaller laptops both with the Windows space as well as Apple’s MacBooks. Taking the LG Gram out of the box, I had to reacquaint myself using a 16-inch device. Its overall dimensions come in at 14.01 x 9.58 x 0.66 inches, making it a pretty sizeable unit. 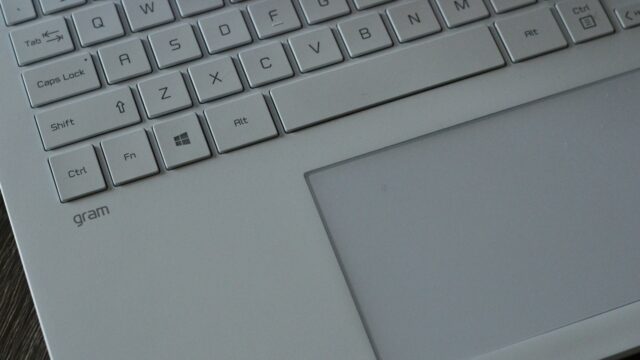 The 16-inch LG Gram comes in the ‘Snow White’ colour that looks really sharp. It has a glossy finish running across both the clamshell top and the interior, across the keys and trackpad. It’s a very nice design that’s coupled with a staggering weight. The device only weighs 2.62lbs. For comparison, Apple’s 13.6-inch M2 MacBook Air weighs 2.7 pounds.

In order to achieve its lightweight, the LG Gram’s chassis uses magnesium alloy. Personally, I’m not much of a fan. While it does help achieve a remarkably light and portable machine, it comes across as rather flimsy.

The 2022 LG Gram offers a lot of the same design elements as its 2021 counterpart. Including its lightweight design, this ultrabook brings a fair number of ports to the table. Included, users will find two Thunderbolt 4 ports, one HDMI, two USB-A 3.2 Gen 3×2, two USB-C 4.0 Gen 3×2, ethernet, a 3.5mm headphone jack, a MicroSD slot, and DC-in for power.

Overall, there’s very little else I could have wanted to see included as far as ports are concerned. Perhaps one additional USB-C port would have been nice but if push really comes to shove, a docking HUB could be introduced. Users will also find a backlit keyboard 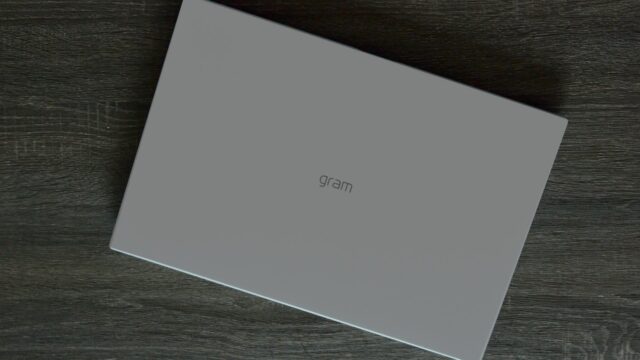 The display of this ultrabook is pretty appealing. It has modestly slim bezels surrounding its
WQXGA 2560 x 1600 LCD display. Compared to a more traditional 16:9 aspect ratio, the LG Gram offers 16:10, which provides 11 percent more screen real estate to users. Additionally, LG has integrated anti-glare to make the display visible even in more direct sunlight.

A portable unit fit for productivity

If you’re a student or a worker moving between an office and a remote workstation, the LG Gram is perfect thanks to its portability. Even with its size, its weight makes it easy to throw in a backpack, laptop bag, or simply carry. If your daily tasks involve Teams meetings, writing docs, spreadsheets, or tackling schoolwork, the LG Gram can handle it. 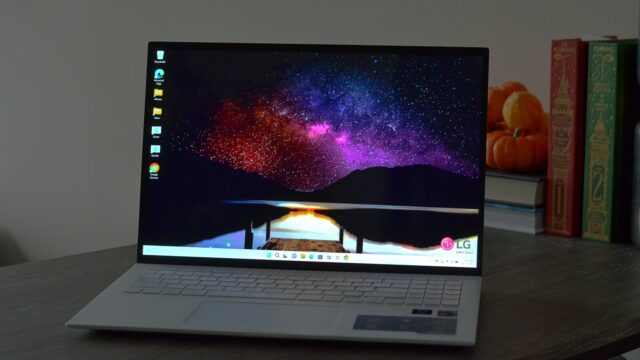 Underneath its hood, the LG Gram is powered by a 12th Gen Intel Core i5-1240P processor. Users can also expect to find 16 GB LPDDR5 RAM and 1TB NVMe Gen4 SSD. On top of that, the LG Gram comes with Windows 11 Home. All in all, this device is fantastic for knocking out productivity tasks throughout the day. It has a front-facing 1080p IR webcam with Dual Mic. Utilizing Windows Hello, your device can stay secure thanks to facial recognition.

However, its power is bottlenecked once you start introducing more intensive content creation tasks or gaming. While offering 40 percent better performance than its predecessors, the 2022 LG Gram isn’t exactly a heavyweight in the gaming laptop space. Sure, you could run smaller indie games between classes or during downtime.

However, when booting up Fortnite and trying to run the game on higher settings, it was apparent that Gram’s limitations were being reached. That being said though, the LG Gram doesn’t necessarily need to run AAA titles natively in order to mark that checkbox for gamers. Due to its portability and large screen size, the LG Gram can leverage this space by using the cloud. With platforms like Nvidia GeForce Now and Xbox Cloud Gaming, many games can still be at relatively high settings via the cloud.

Longevity may differ throughout the day

The LG Gram utilizes a sizeable 80Wh battery. Keeping in mind that it is powering a 16-inch display, LG claims the device can sustain 20.5-hour battery life. This can be true in certain circumstances. Over a typical day or only using the web browser for social media, writing, emails, etc., the battery only dropped to 60 percent. Once I began incorporating video streaming, music, and editing software, the battery life took a sizeable hit.

On average, I’d say it’s safer to assume you can get 12-15 hours of the battery prior to needing a charge. Once plugged in, the recharge is quite speedy, going from 0 percent to 100 in roughly two and a half hours. 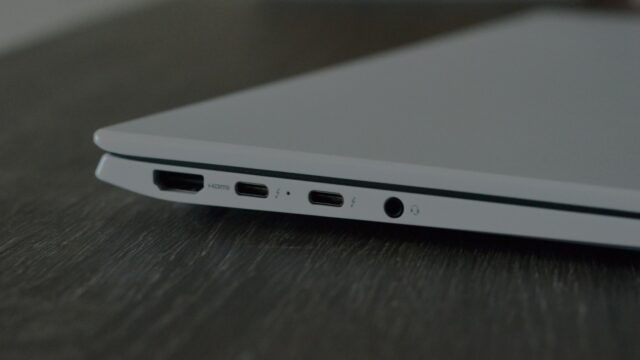 A large part of what plays into the battery life is that display. The IPS panel has a maximum brightness of 350 nits, which is relatively low. However, still large enough to impact the overall longevity of a charge. However, it does support a great colour gamut of 99 percent DCI-P3. Plus, with its tiny bezels, it makes for a nice display to watch Netflix, YouTube, etc. while not working. Though, you may want to keep the charger on hand in these events.

As a fan of having mobility options for work, the LG Gram offers high performance to get through the day. Whether you want an untethered experience away from an office or remote set-up or are a student, LG’s lightweight ultrabook should fit those needs. However, once expanding past video calls and writing documents, the laptop’s performance constraints surface more and more.

If you’re looking for your next on-the-go gaming laptop or content creation powerhouse, the LG may leave you wanting a bit more under the hood. Additionally, with a sleek display and brightness options, the LG Gram’s battery life is dependent on whether you’re spending the day watching videos or listening to music. However, the battery charge is sufficient enough to keep you powered even if you need a mid-day charge. With a premium $1,599 CAD price tag, it is important to consider what you’re hoping to gain from this machine prior to purchase.