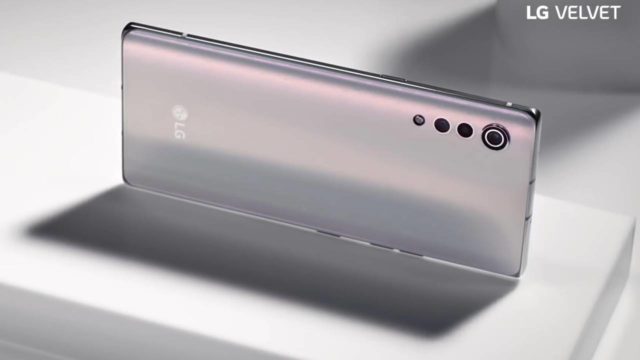 Published on LG’s South Korean YouTube channel, the teaser starts by revealing the rear camera design of the LG Velvet. Opposed to the large camera bumps now commonly found on many contemporary smartphones, the LG Velvet spaces the cameras vertically. Descending from largest to smallest, the triple-camera alignment resembles a stream of falling raindrops.

The video continues to show off the LG Velvet’s overall design. It appears as though the new smartphone will have symmetrically curved edges. The backside of the phone appears to have a glossy finish to it. According to a press release published last week, LG said the design aesthetic of the Velvet was focused on emphasizing “distinctive designs and tactile elegance to set itself apart.”

LG Velvet will be powered by Qualcomm’s Snapdragon 765 5G and will indeed feature a headphone jack. There also appears to be three buttons on the device’s left side, and an additional button on it’s right. While LG appears to be taking some liberties with the design, there are familiar aspects.

The LG Velvet will be the first mobile device released under the company’s new branding strategy in regards to the mobile department. Moving away from the alphanumerical titles, LG hopes the Velvet evokes ” images of lustrous smoothness and premium softness”.

The LG Velvet does not currently have a release date, but it is expected to ship in South Korea in the coming weeks.