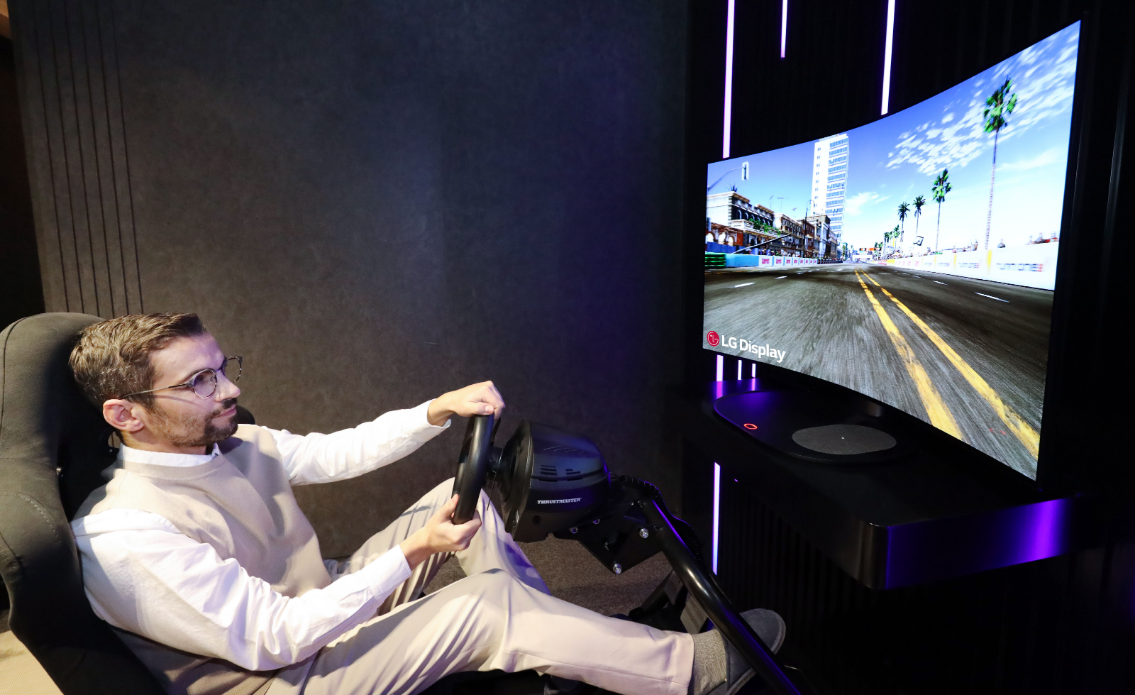 You can have LG’s Bendable CSO display resting in flat screen mode while using it normally, and when you want to play games, simply press a button and the screen will curve to a radius of up to 1,000mm for an immersive gaming experience.

What’s more, according to a press release from LG, the display is “paper-thin”, and an ultra slim film exciter within the screen allows it to vibrate and produce its own sound without the need for speakers, further adding to the overall experience.

The display also supports a variable refresh rate between 40Hz and 120Hz. It’s not the best, as 120Hz is becoming the industry standard for smartphones and hardcore gamers and the eSports community are moving towards 240Hz (or even 360Hz!) refresh rates, but it definitely satisfies the bare minimum for a gaming display.

For the first time ever, CES is going to be a completely digital experience, due to COVID-19. Get ready to hear more announcements this week.

Samsung and LG are gearing up to start mass production of displays for Apple's first OLED iPads, according to a report from the South Korean publication ETNews (via MacRumors). The information comes from Ross Young of Display Supply Chain Consultants, a well-known industry analyst. According to Young, both South Korean display manufacturers will produce "hybrid" panels for...
Nehal Malik
59 mins ago