LG has unveiled its first 5G smartphone ahead of Mobile World Congress (MWC) 2019, hosting a launch event on Sunday night in Barcelona for the V50 ThinQ that’s set to go on sale in spring. 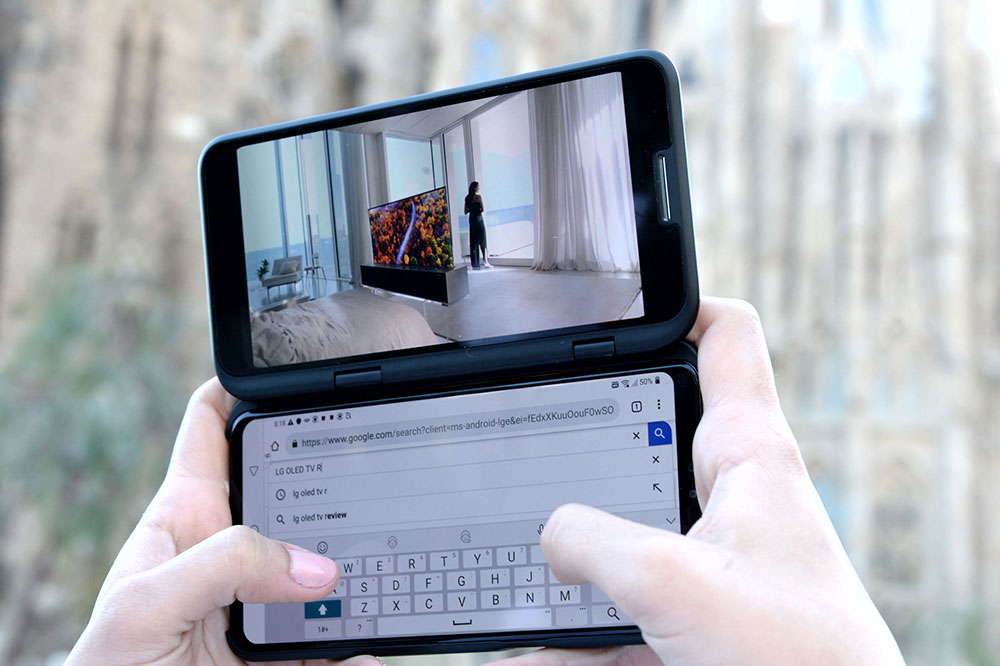 The precise release date may vary by region depending on 5G availability. As for price, since the V40 launched at over $900 USD — and the 5G modem is likely to drive the price up here — expect this to sit somewhere north of $1000 USD (or $1300+ CAD) when it arrives. Remember that you’ll also likely have to pay extra for your 5G data plan, so the V50 could be a seriously expensive choice.

If you want to spend even more, there’ll also be an optional extra accessory: the Dual Screen, a V50-exclusive that adds on a second display, hinged so that you can fold it over at any angle.

This second screen is also OLED and measures 6.2-inches. After connecting to the V50, it behaves as an extension to the main screen, opening up a host of two-screen features, such as the ability to run two apps side by side, and using the second screen as a virtual gamepad for mobile games. The second-screen accessory can be folded forward or backwards, the former “closing” the phone as if it’s a clamshell laptop, while the latter allows each screen to face opposite directions to resemble a device with screens on both sides.

It also has a hearty 4,000mAh battery within, although as mentioned, the second-screen attachment will draw from that too.

There’s no word on availability just yet but expect device partner Sprint to test the 5G network in the United States.