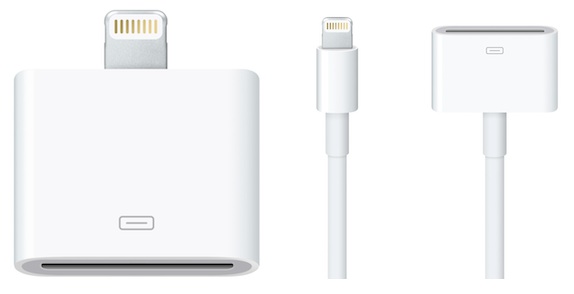 When Apple released their all-new lightning port on the iPhone and iPods, accessory-makers must of nearly had a heart attack. That 30-pin port on the bottom of iOS devices no longer exists on Apple’s latest additions. This means 30-pin docks and other various accessories will require an adapter.

Now that wasn’t the only distress throughout the Apple world. Many people were worried that the new lightning connector wouldn’t support a video output, but according to The Verge, apparently it will.

An Apple spokesperson admitted to The Verge that Lightning to HDMI and VGA cables will hit the market in “the coming months.” So once they arrive, you can easily connect your device to an external screen, such as an HD TV.

If you had plans to use older accessories with the 30-pin adapter, it’s likely you’ll run into an assortment of issues. The adapter strictly supports analog audio out, USB audio, syncing, and charging. If you want to play video, I would suggest you gear towards a wireless method such as Airplay.

In a recent interview, Apple engineer Esge Andersen discussed how the company achieved improved sound quality regarding the AirPods Pro 2. Much of the improvements came without the integration of lossless audio and it is all thanks to improved airflow instead. Speaking with What Hi-Fi?, Andersen pulled back the curtain about the improvements to audio...
Steve Vegvari
26 mins ago