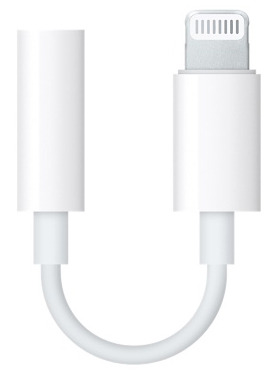 It has been predicted previously as well that the new iPhones launching later this year may not come bundled with the Lightning to 3.5mm headphone jack adapter and today, more evidence has emerged that 2018 iPhones will in fact not ship with the dongle, although Apple will continue to sell the adapter as a standalone accessory.

According to a Barclays research note, Apple’s supplier for the Lightning to headphone jack adapter Cirrus Logic has pretty much confirmed that the dongle won’t be bundled with Apple’s forthcoming trio of new iPhones launching next month (via MacRumors).

Here’s what the note says:

“Reported a beat but gave mixed guidance with revenue below but earnings ahead. Cirrus didn’t update its FY19 guide… but they did finally confirm the dongle loss, adding more support for our below estimates,” the research note reads.

In addition to the official Apple Store, the dongle will continue to be sold separately at resellers like Best Buy, although the removal of the adapter will most certainly generate some controversy among the fans of high-end wired headphones.