What is likely a battery for a future Apple Watch or AirPods charging case has passed through a Korean certification database. 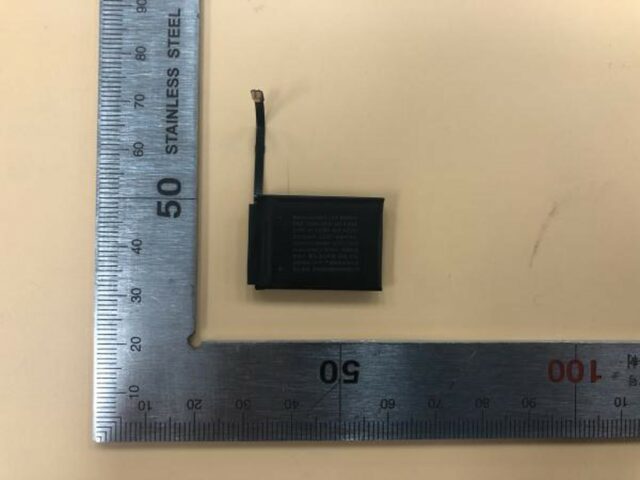 According to MacRumors, the small battery was first spotted by Twitter users @yabhishekhd, and regulatory documentation from the Korea Testing and Research Institute notes that the battery has a model number of A2327, a capacity of 303.8mAh, and 1.17-watt-hours.

The battery is listed in the filing for “fitness” use, an appropriate categorization of the Apple Watch. Note that the Apple Watch Series 5 has a 298mAh battery, a similar model number of A2181, and looks identical.

A larger battery in the next-gen Apple Watch would obviously offer larger capacity that previous generations, which could be made easier by the removal of Force Touch technology, which was removed from the device with the introduction of watchOS 7. Without this tech, the freed-up space could be used for a larger battery.