To celebrate the Lunar New Year, Apple has announced a limited edition of its Beats Studio Buds wireless earphones, which will be available to purchase in stores starting January 1, 2021 (via 9to5Mac). 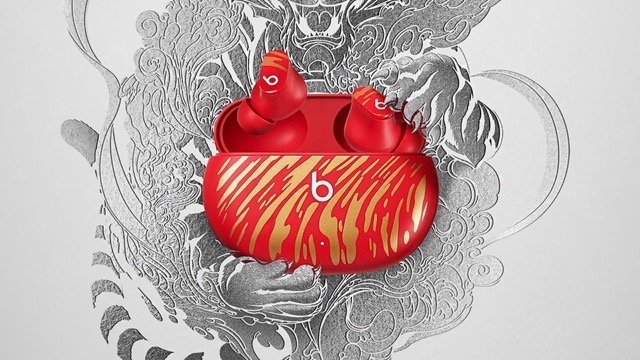 As shown above, these special edition Beats Studio Buds sport gold stripes representing tiger print accents as 2022 will be the “Year of the Tiger.” The Studio Buds feature in-ear, truly wireless design and are equipped with Active Noise Cancelling, replaceable tips, and eight-hour battery life.

“We’re celebrating the Lunar New Year with our special-edition Beats Studio Buds. As a tribute to the Year of the Tiger, the Buds feature an all-red design with gold tiger print accents. Out on January 1st!”