Designer Melody Ehsani and Beats are partnering to release a special-edition Powerbeats Pro in exclusive new colorways on the forthcoming Singles’ Day. 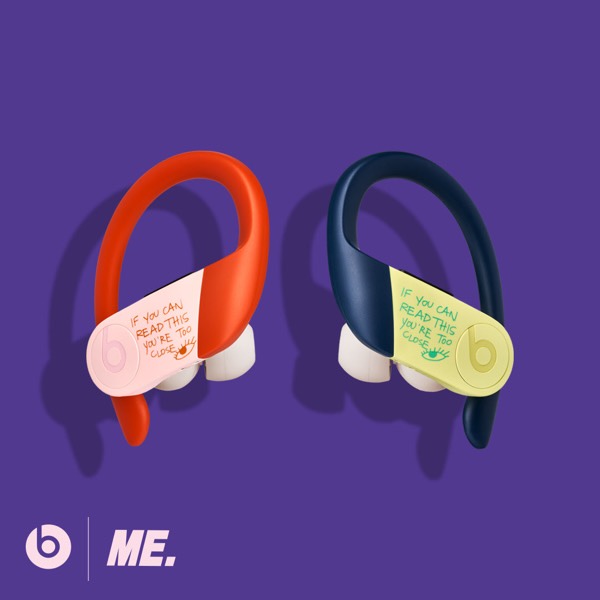 For those who aren’t familiar, Ehsani is an American fashion designer based in Los Angeles. She is notably Foot Locker’s first women’s creative director and has collaborated with the likes of Nike and Reebok.

The Melody Ehsani Powerbeats Pro earbuds teased by Beats today show white inner segments, with one including a red earloop and pink middle element, while the other has a navy loop and yellow inner element.

The external part of the Melody Ehsani Powerbeats Pro also reads the message “If you can read this you’re too close” with the drawing of an eye.

In the past, Apple-owned Beats has released limited-edition NBA Powerbeats Pro as well as a pair of these wireless headphones in collaboration with Paria Farzaneh.

The limited-edition Melody Ehsani Powerbeats Pro will go on sale on November 11 for $330 CAD (standard pricing).