LinkedIn has today unveiled a new and improved version of its Pulse reader app, which claims to personalize your news stories based on things like who you’re connected with and where you work (via Re/Code). While the old version of Pulse only allowed readers to follow certain publications or categories, the new one personalizes the feed by understanding what types of content you’re interested in. 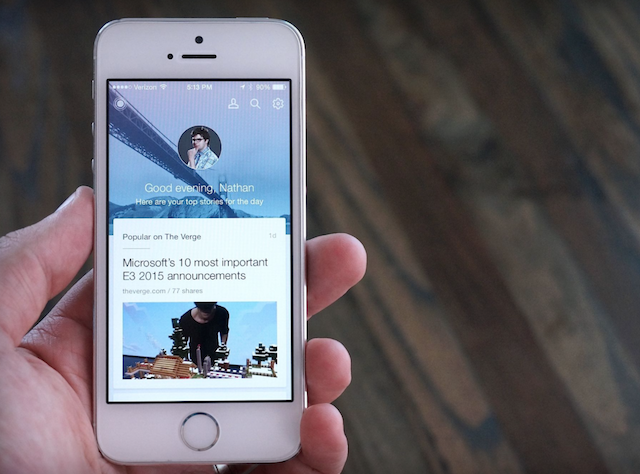 Pulse co-founder Akshay Kothari explained that the new version offers a similar experience to what you might find on LinkedIn’s feed, “which already does some of this personalization, but without all the extra clutter about your connections getting new gigs or job openings you may like”. While the app’s new look works a lot like Facebook, Kothari pointed out one difference between the two services:

On LinkedIn, each story includes the reason that you’re seeing it. For example, you may see a story on Pulse because “Your connection Kara Swisher was mentioned in the news.” Pulse includes this explanation so if you see something you’re not interested in, you’ll know right away how to remedy the situation.

“The idea is very simple,” Kothari explained. “How do we become this personalized business digest for you in the morning?”

The new version of Pulse is now available for download in the App store, while the older version will also continue to work until the end of this year.