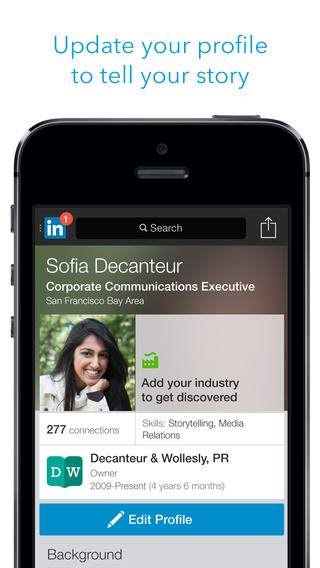 The redesigned mobile profiles help showcase your story so that you can make more professional connections and create more opportunities.

Your new profile helps you tell your story to other professionals when they’re looking for you on the go. If you aren’t a master storyteller, we’ll let you know what’s missing and how you can add it. You’ll also enjoy discovering new insights about other professionals with the “in common” and endorsements sections we added. They’re great ice breakers you can use when you meet someone for the first time, so you can talk about something other than the weather.

The latest version of the app allows users to easily edit their profiles. The app also shows you who has viewed your profile and what you have in common with that person. 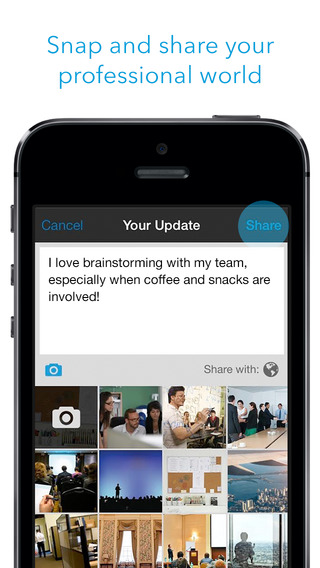 Here is a full list of new features included in version 7.2 of the LinkedIn app for iOS:

We’re excited to announce the redesigned profile for iPhone and iPad – to help you showcase your story for more opportunities.

– Easily edit your profile in the app, using a simple guided editing experience.

– Your profile is more rewarding as you can see who’s viewed you and what you have in common with them.

– Also, check out your favorite schools’ pages directly from the app.

– Use the new insights about what you have in common with others to learn about who you’re meeting with next. Also, see who’s viewed your profile.

– Check out people’s interests, and the companies, news and influencers they follow.

LinkedIn for iOS is available as a free download from the App Store. The app requires a device running iOS 6 or later and contains in app purchases that range from $9.99 to $99.99.