As per Apple’s existing “Reuse and Recycle” program, if an iPhone’s liquid contact indicator is tripped, the handset becomes completely worthless as a trade-in. This is however about to change starting next week, as some Apple retail employees are reporting that the trade-in value for iPhones will no longer be impacted by the their liquid damage indicator, allowing more customers to trade in their iOS devices (via 9to5Mac).

The source adds that Apple will however not be allowing seriously water-damaged iPhones for trade-in. If there is evidence of liquid under the phone’s display or corrosion in the ports, the phone will still be ineligible for any trade-in value regardless of what the liquid contact indicator looks like. 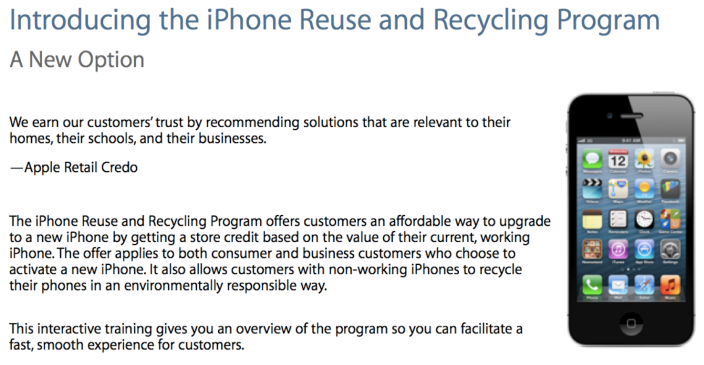 These changes are only valid in physical Apple Stores, so the new policy won’t affect online trade-in values.