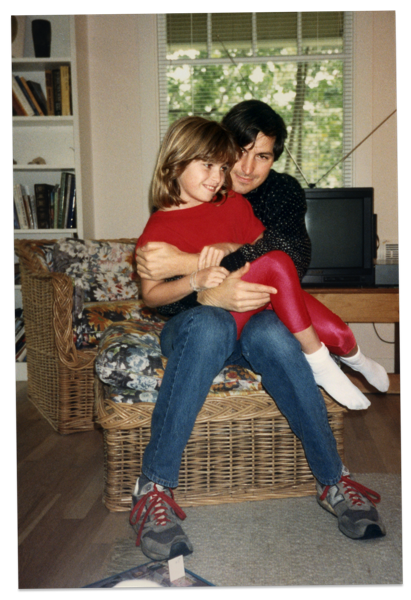 In an exclusive article over at Vanity Fair, Lisa Brennan-Jobs, the daughter of Apple co-founder Steve Jobs and a her then single mom Chrisann Brennan, have shared some bittersweet memories of her childhood.

Brennan-Jobs recalls how she would steal things from her father’s house and then feel bad about it later on, though it never stopped her from doing it again. She also shares some exclusive photographs of her mother and father holding her when she was a child. 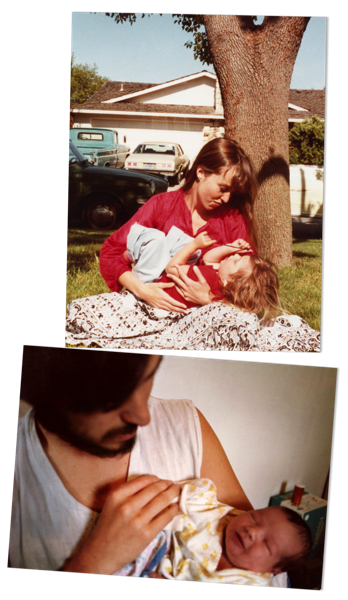 Below are some excerpts from her lengthy write-up.

In the spring of 1978, when my parents were 23, my mother gave birth to me on their friend Robert’s farm in Oregon, with the help of two midwives. The labor and delivery took three hours, start to finish. My father arrived a few days later. “It’s not my kid,” he kept telling everyone at the farm, but he’d flown there to meet me anyway. I had black hair and a big nose, and Robert said, “She sure looks like you.”

Until I was two, my mother supplemented her welfare payments by cleaning houses and waitressing. My father didn’t help. In 1980, the district attorney of San Mateo County, California, sued my father for child-support payments. My father responded by denying paternity, swearing in a deposition that he was sterile and naming another man he said was my father.

By the time I was seven, my mother and I had moved 13 times. We rented spaces informally, staying in a friend’s furnished bedroom here, a temporary sublet there. My father had started dropping by sometimes, about once a month, and he, my mother, and I would go roller-skating around the neighborhood.

The next time my father came over, I wondered if it was the same car he’d been driving the last time, or if it was a new one that just looked the same.


“I have a secret,” I said to my new friends at school. I whispered it so that they would see I was reluctant to mention it. The key, I felt, was to underplay. “My father is Steve Jobs.”

“He’s famous,” I said. “He invented the personal computer. He lives in a mansion and drives a Porsche convertible. He buys a new one every time it gets a scratch.”

The story had a film of unreality to it as I said it, even to my own ears. I hadn’t hung out with him that much, only a few skates and visits. I didn’t have the clothes or the bike someone with a father like this would have.

“He even named a computer after me,” I said to them.

“What computer?” a girl asked.

“A computer called the Lisa?” she said. “I never heard of it.”

You can read the entire article in full at this link.