The folks over at MacStories have highlighted a recently added new feature in Apple Music, that allows you to listen to several Beats 1 shows in full. With ‘Beats 1 Replays’, you can now catch all the Beats 1 shows, including those by Zane, Julie, and Ebro, you may have missed during their live run. Here’s what you need to do:

Look for the DJ’s curator page on Connect (such as “Julie Adenuga on Beats 1”). 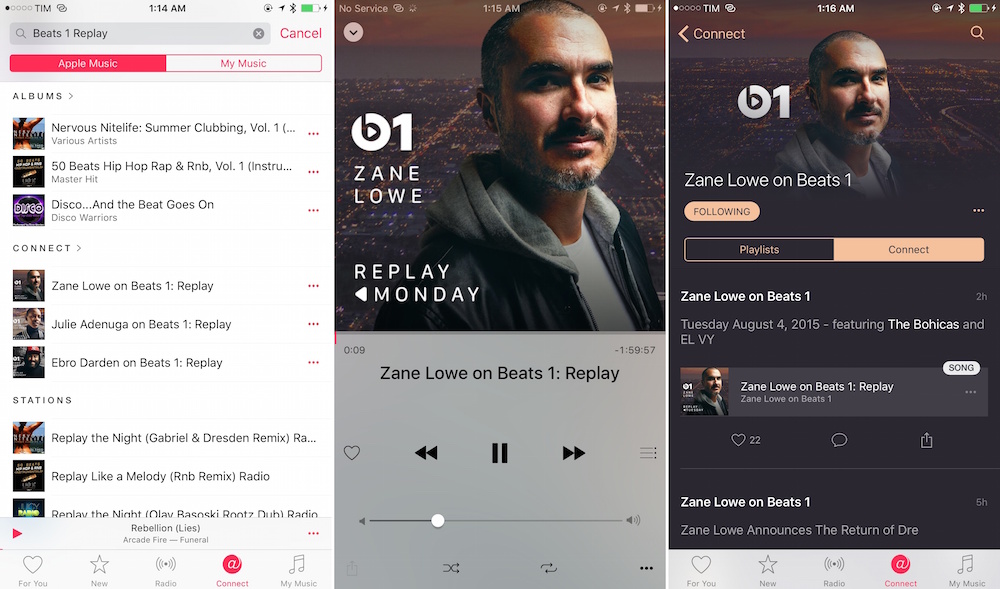 You’ll now see a playable Replay, which will let you listen to a show in its entirety.

This way, you can listen without having to skip the DJ talk and interviews with the playlists, which are still available if you only want to get the songs from each show. It must be noted however that istening to Beats 1 Replays won’t display information about the currently playing song as it’s the case with a live show on Beats 1.