The sharply executed anthology, which might represent the most unique entry that Apple has delivered, is developed by ‘The Big Sick’ team of Kumail Nanjiani and Emily V. Gordon, along with Lee Eisenberg of ’The Office’ and ‘Master of None’s’ Alan Yang. 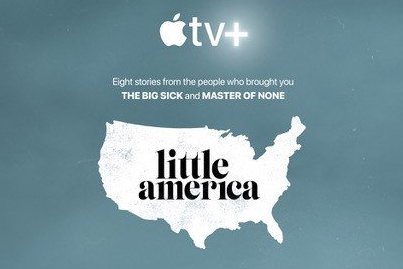 The eight episodes range from a gay man (Haaz Sleiman) forced to flee Syria amid his family’s disapproval to a Singaporean single mother (Angela Lin) who throws her entire life into her kids.

“The subjects vary, but almost without exception the stories are quirky yet resonant, emotional and relatable, with a sweet (or occasionally slightly bittersweet) payoff.

At a moment when immigration has become such a polarizing political issue, “Little America” feels like a tonic, one intended to inspire and unabashedly celebrate people who chose to make America their home.

Apple is clearly seeking to explore social issues with some of its programming, a needle that’s often tough to thread.”

Apple has already renewed the show for a second season.