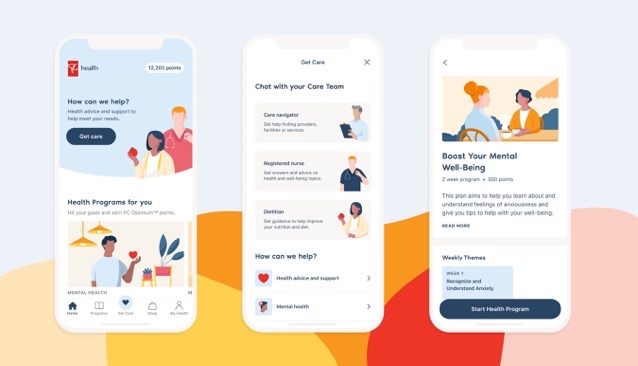 First launched in Atlantic Canada, the app is now also available for download in Ontario, British Columbia, and Alberta. Loblaw plans to expand nationally over the coming months while also adding features and functionality to the PC Health experience, such as virtual physician care and digital pharmacy.

By completing a health profile on the app, each user receives personalized recommendations based on their own particular health needs or interests.

“Since launching in Atlantic Canada, we’ve had really great feedback from customers who are interacting with both the care teams and healthcare programs and have been excited by how helpful they are in meeting their specific needs,” said Jeff Leger, President, Shoppers Drug Mart.

“Whether Canadians need help finding a local physician, want support with simple meal planning or are looking to better understand their sleep habits, the PC Health app has the tools to help them better manage their health and wellbeing.”

The PC Health App is now available in both English and French as a free download on the App Store and Google Play.