In partnership with autonomous technology company Gatik, Loblaws has today announced it will be deploying a fleet of fully autonomous delivery vehicles in Toronto, Ontario, next year, marking the launch of Canada’s first fully-automated delivery fleet, TeslaNorth is reporting. 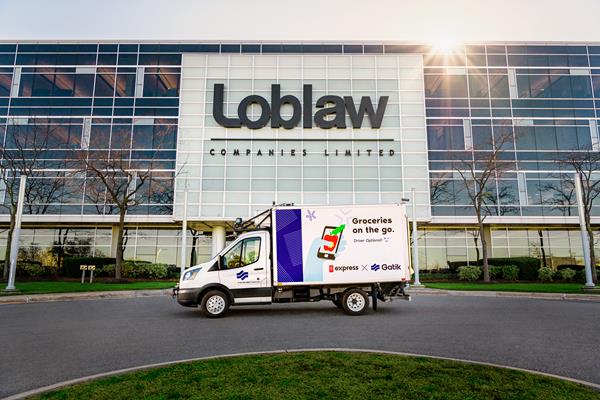 Gatik will provide Loblaw with a safe, reliable, contactless delivery solution for transporting multi-temperature goods from its automated picking facility to retail locations across the Greater Toronto Area (GTA).

“Loblaw is one of Canada’s leading grocery retailers and we are proud to be selected to play a key role in enhancing the safety and efficiency of its already robust supply chain,” said Gautam Narang, CEO and Co-founder of Gatik. “Retailers know the biggest inefficiencies in their logistics operations often exist in the middle-mile, typically between automated picking facilities and retail locations.”

Gatik will be operating its vehicles, five in total, for Loblaw up to 7 days a week, 12 hours a day, on 5 routes operating on public roads with fixed pick-up and drop-off locations. All vehicles will have a safety driver as a co-pilot.

Waze has today revealed that ‘Home’ was the most trafficked destination for Canadians using the app in 2022, while also rolling out a new Holiday driving experience for the upcoming festive season. Below were the top 5 most trafficked destinations for Canadians in 2022: Home School Food and Drink Restaurant Shopping Centre While 'Hospital and Medical...
Usman Qureshi
47 mins ago

Meta has just announced the ability for creators to share short videos directly to Instagram Reels from some of their favorite third-party apps. The feature will be rolled out to Instagram users later this month. Creators use a variety of apps to create and edit videos before uploading them to Instagram Reels. Meta says it...
Usman Qureshi
48 mins ago