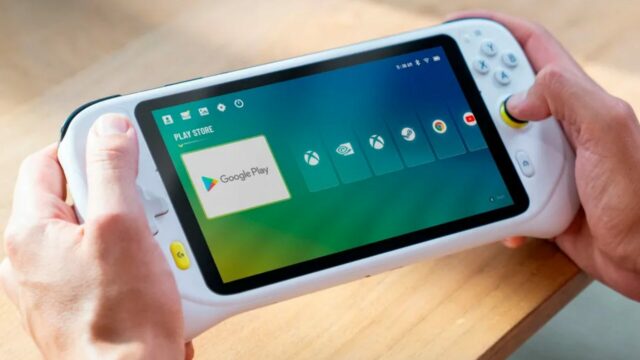 Logitech G’s cloud gaming handheld has leaked, offering a fairly good look at what the hardware may offer upon launch. This leak comes after the company confirmed its development of cloud gaming hardware with megacorp. Tencent.

It’s only been a few weeks since Logitech G confirmed that it was partnering with Tencent on a piece of new cloud gaming hardware. The handheld was said to “support multiple cloud gaming services.” Now, we’re getting our first look at the hardware and the handheld’s supposed UI. The first images of the unit surfaced thanks to leaker Evan Blass, seen by The Verge.

The images showed off the form factor of the unnamed handheld. Additionally, we’re able to catch a glimpse of the device’s UI and supported apps. A telling sign of the authenticity of the pictures is that they have already been flagged “in response to a report from the copyright holder.” 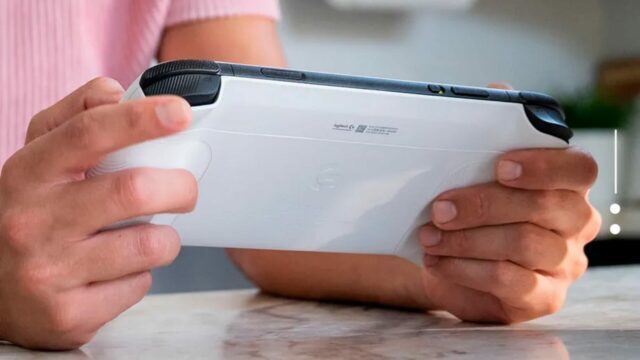 The Logitech G cloud gaming handheld appears to be roughly the same size as a Nintendo Switch. It offers asymmetrical thumbsticks, face buttons, and a D-pad. There are also a few additional buttons from the looks of it, including a Logitech-branded button, a menu, and a Home button. On the rear side, we’re able to see shoulder bumpers, triggers, a power button, and what looks to be a microSD card slot.

One image also gives us a look at the platforms Logitech G may be aiming to support. On top of supporting core apps like YouTube and Google Chrome, the gaming handheld appears to be supporting Xbox Cloud Gaming, NVIDIA GeForce Now, Stream, and the Google Play Store.

Logitech G is entering the space at an interesting time. Many companies like Microsoft and NVIDIA are partnering with various smartphone manufacturers like Samsung, Google, and Apple, who all offer ways to jump into cloud gaming. Additionally, many players are quickly adopting Valve’s Steam Deck as it offers a way for players to take their Steam library with them on the go as well as offering cloud gaming capabilities.

The company states that this new hardware is expected to launch later this year. Price will be a big factor in its adoption as well as specs as far as display, RAM, etc. are concerned.