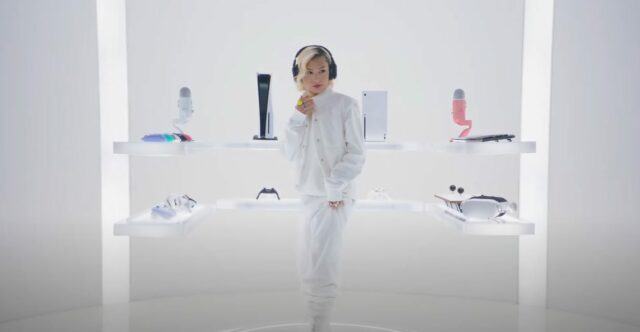 In a new ad for its Astro A30 headset, Logitech briefly shows a white Xbox Series X amongst other very real pieces of hardware. As Microsoft has not made any formal announcements of a white variant to its high-end console, this brief look does raise some questions.

The ad and its contents were first spotted by VGC. While being a very stylish advertisement for Logitech’s Astro A30, the ad briefly shows a wall of hardware and devices. Amongst a PlayStation 5 and pink Blue Yeti microphone is a white Xbox Series X. The clip can be seen in the video below.

Microsoft’s $599 Xbox Series X first launched in November 2020. Since that time, the only widely available variant of the console was the Halo Infinite Limited Edition console. While being on the market for nearly two years, the Xbox Series X’s core colour is black. For those who wish to have a white Xbox, Microsoft does offer its Xbox Series S for $349.

It’s entirely possible that Logitech, which is a close partner to Microsoft, decided to turn an Xbox Series X white for the ad via a skin. This may be an aesthetic choice to feature the console but do so by not having it contrast too much within the shot. However, as previously mentioned, the Xbox Series S could have been used in such a case. Microsoft could also possibly have a white Xbox Series X in development and has yet to officially reveal it.

In addition to featuring the Xbox Series X, Logitech recently announced a partnership with Microsoft for its G Cloud Gaming Handheld. Launching on October 18th, the $400 handheld offers access to Xbox Cloud Gaming and NVIDIA GeForce Now on a 7-inch touchscreen supporting 1080p/60fps.