Western retailer London Drugs has launched a 3-day mobile event starting today through the weekend, offering up to $300 in bonus gift cards for various iPhone activations with Telus and Koodo. 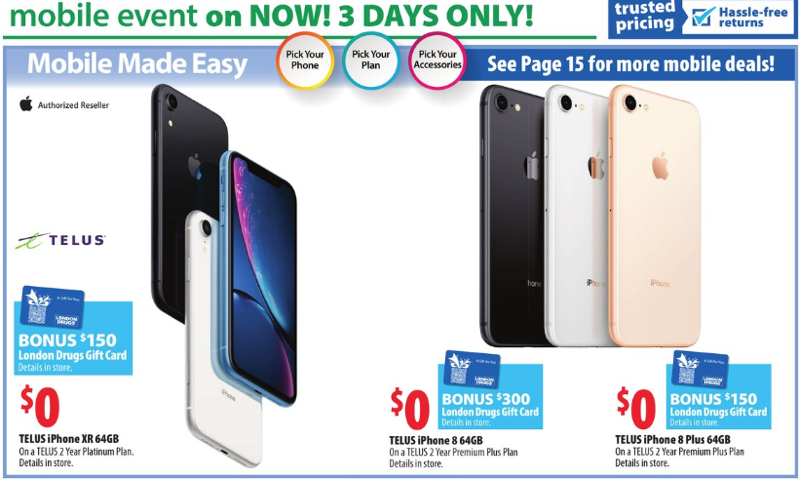 Here’s the full list of what’s available on contract…

If you’re going with Koodo, signing up under a referral can also get you a $50 bill credit.

The London Drugs mobile event goes from November 30 to December 2, 2018.