The July launch of Apple Pay in London, UK, has resulted in a sharp increase in journeys paid for using smartphones, according to a report released by Transport for London (via Mobile Choice).

In the second half of 2016, more than 200,000 smartphones were used, while on a daily basis TfL recorded over 35,000 smartphone journeys. As a result, journeys paid via iPhone and other smartphones accounted for 3.5% of all contactless journeys and 1% of all pay-as-you-go journeys, the report says.

The launch of Apple Pay in the UK saw the number of mobile transactions increase sharply. Overall, in the second half of 2015 more than 3.2 million journeys were made using mobile devices. The share of mobile devices in overall contactless use has been growing and stood at approximately 3.5 per cent in December. 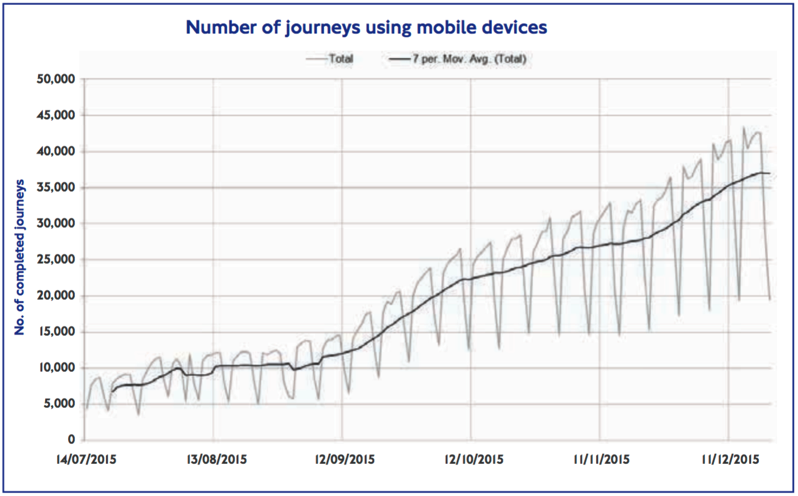 The spike in smartphone-based journeys continued as more and more banks added support for Apple Pay, the report reads. “Overall, the growth of new devices has stabilised and is similar to that for cards,” the Commissioner’s report reads.

Apple Pay has been launched in Canada, and the Toronto Transit Commission is among the list of “merchants” which will accept it. However, since the TTC is still in the process of rolling out Presto fare readers and attempting to reach the goal of every streetcar in the city being able to accept Presto, it will take some time: to be more precise, until 2017.