The marketing team behind Apple TV+ original ‘Severance has just given Lumon Industries its own LinkedIn page. For those who aren’t familiar, the nefarious Lumon Industries lets its employees choose to sever their work memories from their personal memories. 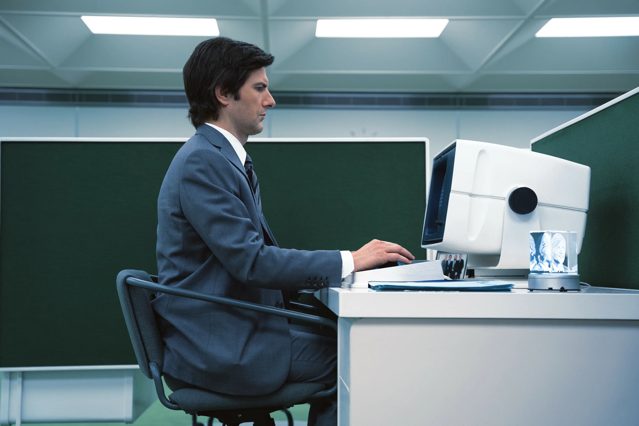 Lumon’s creepy LinkedIn page posts cheery business platitudes that align with founder Kier Eagan’s 9 core principles, and it introduces the “Innies” who work on the Severed floor with short descriptions focusing solely on their productivity.

On top of being a darkly funny yet unsettling marketing tactic, Lumon’s LinkedIn is full of Easter eggs that will intrigue Severance fans.

A post welcoming Helly R. (Britt Lower) to the team reveals that her last name is Riggs. Dylan G.’s (Zach Cherry) and Irving B.’s (John Turturro) last names are similarly revealed to be George and Bailiff.

A series of videos called “Tour Lumon with Dylan G.” also gives us a closer look at what life is like on the Severed floor. These short clips are appropriately awkward and staged, with Dylan showing us everything from Lumon’s kitchenette to its restroom.

However, if you’re looking to find out more about what Lumon is really up to, unfortunately, you won’t find it on its LinkedIn.