The current highest bid at time of writing stands at $110,000 USD, with the next minimum bid being $115,000. Bidding started last week, opening at $10,000, with 14 subsequent bids to date. The winning bid will also get two VIP passes to an Apple keynote as well. 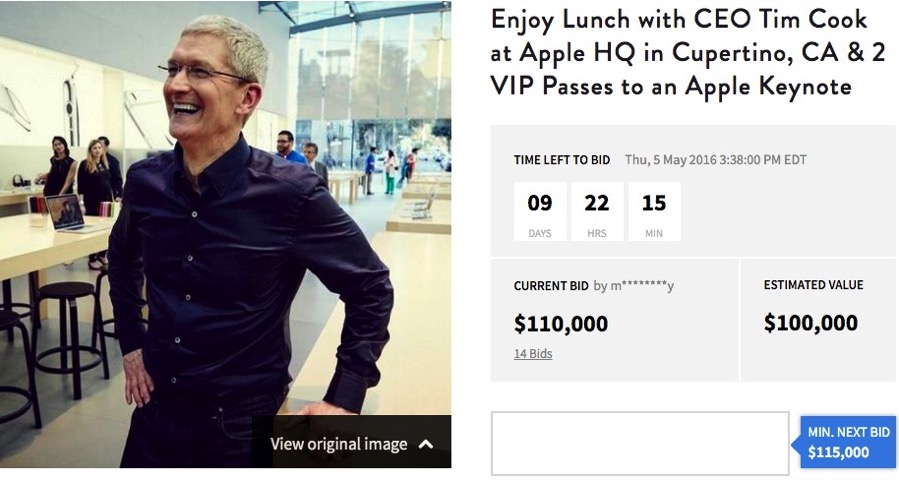 Last year also saw another CharityBuzz auction for a tour of Apple headquarters, and a separate auction for lunch with executive Eddy Cue plus a free 13-inch MacBook Air.

This year’s auction ends on Thursday, May 5, 2016. Lunch will be included and you will get “approximately” one hour with Cook. Travel and accommodations are not included. If you end up winning, get that selfie stick ready.