Ride-hailing service Lyft has today announced that it will be rolling out a redesigned version of its app by the end of this month, that will not only offer a fresh new look but will also put greater emphasis on shared rides and public transportation, The Verge is reporting. 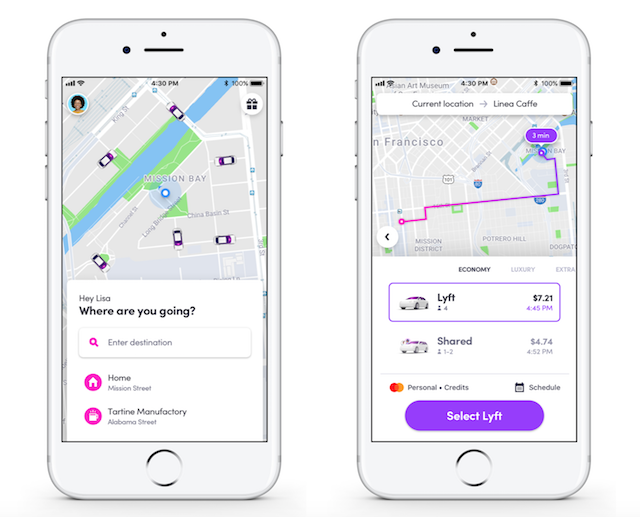 Among other major changes in the upcoming app is the rebranding of Lyft’s carpooling service Lyft Line to “Shared Rides”, which will be more prominently featured in the revamped app. Lyft said that after inputting a destination, riders will be able to choose between a solo ride or a shared one, with fare estimates offered for both options.

The new app will be customized based on the riders’ preferred services and locations, taking into account fare price, trip time, and more.

“A lot of how we’ve thought about this is to put shared rides front and center,” Lyft president John Zimmer told The Verge. The app “looks a lot better, and looks a lot more modern. But aside from it just being a fresh coat of paint, there was a lot of intention into how can we use the redesign to better deliver upon the mission of the company.”

“If we know where you’re going, and we can assume where you are based on GPS, we can give you answers to the questions you might have about what’s the right ride for you more quickly.”

Lyft also announced that mass transit will be a big part of the redesign, with new partnerships in more than 25 cities across the country to integrate mass transit into its app.