A new test reveals that the M1 Mac mini is faster than a M1 Pro in certain tasks. 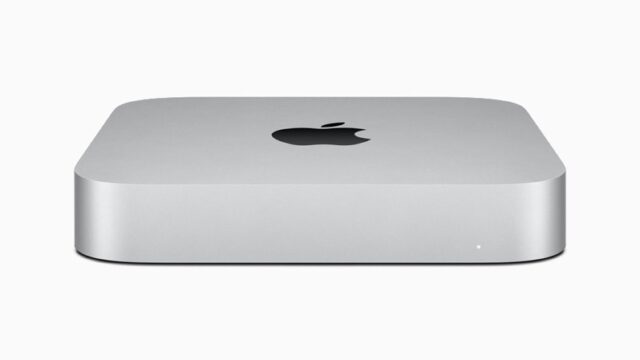 The Electric Light Company has published an article revealing that the 2020 M1-powered Mac mini is faster than a 2021 M1 MacBook Pro in performing specific tasks.

According to the report, while processes and threads run on both Efficiency (E) and Performance (P) cores complete more quickly on the M1 Pro, when constrained to the E cores some are significantly quicker on the M1 mini, despite the difference in frequencies of the E cores when running threads at the lowest Quality of Service (QoS).

Both the M1 Mac mini and the M1 Pro run their E cores at different frequencies when running at the lowest QoS — the four cores in the M1 mini cluster are then constrained to 972 MHz, while the two cores in the M1 Pro cluster may be run at their maximum frequency of 2064 MHz.

“Contending threads from different processes are run concurrently on the core types to which macOS allocates them,” reads the report. “Those at the lowest QoS are never run on P cores, even when the E cores are already fully loaded but the P cores are idle.”

When run at higher QoS levels, the operating system gives priority to threads according to their QoS level — higher is given priority. As such, assigning the appropriate QoS is important in determining overall performance.

Check out the entire report over at The Electric Light Company.