As noted by 9to5Mac, a growing number of M1 MacBook Air and M1 MacBook Pro users are reporting screen cracks occurring during normal usage of their notebooks, both on Apple Support Communities and Reddit. 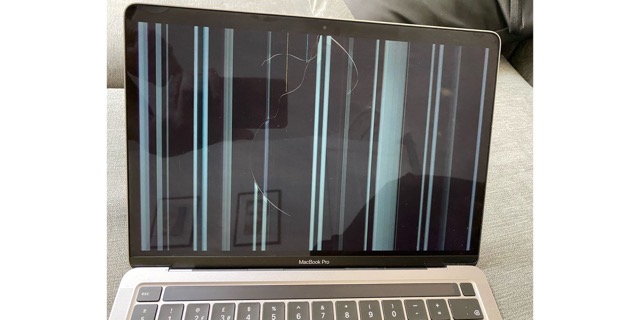 The source adds that while in some cases, Apple has repaired or replaced the machines free of charge, the majority of affected users have been charged for the repair. One such user named Ian Probert, who is currently waiting to hear whether he will be charged by Apple, wrote the following:

“I have an M1 Macbook Pro. I purchased it in March 2021. Yesterday morning I opened it up to discover cracks in the screen. I contacted Apple and was forced to pay £570 upfront in order for them to repair it. I told them that I had done nothing to damage the screen but their response was that their technicians would decide if I had damaged it and would, in that case, lose my money.”

“My 17yr old daughter was at her desk, working on her MacBook Pro (M1 display) and shut it to take a break. When she went back to work, on opening the device she noticed that the bottom of the display was covered by flickering black and white lines and that there were also perpendicular coloured lines on the left hand side of the screen.”

Based on all these reports, two potential causes have been identified. One is if the laptop was closed with any kind of debris on the bottom section, and the other is the screen flexing as it is closed, opened, or carried.

Apple has not yet issued any official comment regarding the matter.