The folks over at iFixit have just completed their traditional teardown of the new 2018 Mac mini, and have found that even though the SO-DIMM RAM in indeed user-replaceable, the CPU and SSD storage are both soldered into the logic board, meaning DIY repair or replacement for the two is pretty much impossible for average users. 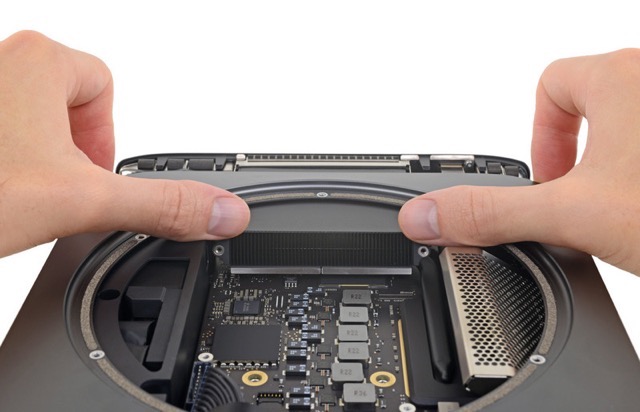 Once the logic board has been removed, the RAM modules can be easily replaced. The teardown also reveals that repairing one of the Mac mini’s ports will require swapping out the entire logic board. It further shows that Apple has increased the power supply from 85 watts to 150w in order to support the higher-power processor and port options.

iFixit has, however, given the new Mac mini a decent repairability score of 6 out of 10 due to lack of any tough adhesive holds, straight-forward disassembly, and user-upgradeable RAM.

You can check out the detailed teardown for the device at the source page.