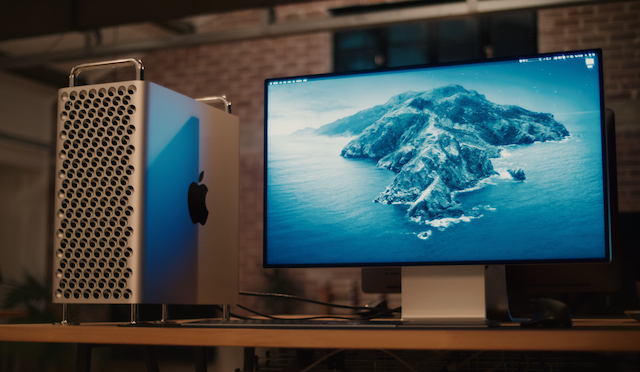 The studio was tasked with creating the ‘Main on Ends’ (MOE) which is essentially the end animated credits for the movie. The project had to be photorealistic and there were 28 unique panels for the credits, with each panel featuring at least one prop related to the movie.

Here’s how their first experience with Apple’s latest Mac went as they worked on the project:

We can safely say that the Mac Pro and Pro Display XDR levelled up what we could do within the timeframe we had on the Jumanji project. As a complicated single animation scene, we were able to watch the sequence in real-time with the full resolution assets and their textures. We could quickly make fixes and changes, and save out a play blast to showcase to the client.

We could run our simulations and render out frames faster. To make this even better, we were able to do all these things at the same time and with the Pro Display XDR, we were able to ensure that our final deliverables were an accurate representation of what we wanted to send to the client.

For more details on their work on the project, hit up the studio’s website.