Mac Studio SSD Storage Not User-Upgradeable Due to Software Block

In a new YouTube video, Luke Miani has confirmed that the Mac Studio’s SSD storage is not currently user-upgradeable due to a software block, despite being easily removable (via MacRumors). 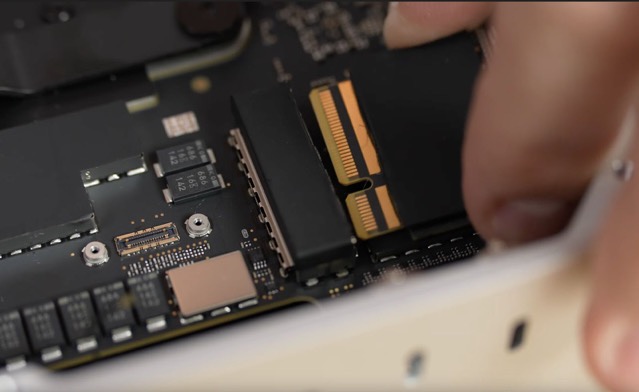 Since the Mac Studio‌’s storage is not soldered in place, it was previously assumed that it might be user upgradeable. Each ‌Mac Studio‌ contains two internal SSD slots, and the SSDs themselves can be freely swapped between the connectors.

But when Miani inserted the SSD of a ‌Mac Studio‌ into an empty SSD slot in another ‌Mac Studio‌, the Mac’s status light blinked SOS and would not boot.

The ‌Mac Studio‌ recognizes the SSD, but Apple’s software prevents it from booting, suggesting that this is a conscious decision by Apple to prevent users from upgrading their storage themselves. On its website, Apple claims that the ‌Mac Studio‌’s SSD storage is “not user accessible” and encourages users to configure the device with enough storage at the point of purchase.

It must be noted that since the prevention of user-upgradeability, in this case, appears to simply be due to a software block, Apple may enable it in the future via a simple update.