Former Apple employee and commentator Chuq Von Rospach has shared his thoughts on the latest MacBook Pro lineup’s signature Touch Bar, criticizing Apple for forcing consumers to pay extra for the feature in order to own the top-end MacBook Pro. “Having lived with the Touch Bar and Touch ID sensor for months and then migrated away from them again, I’ve found they seem to be solving problems I don’t really have”, he writes. 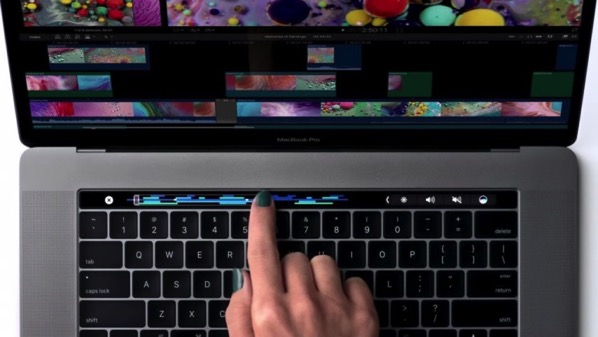 Rospach says when we shifted from his MacBook Pro with Touch Bar to his new iMac 5K a few weeks ago, the only thing he missed was the TouchID sensor, and that too for 1Password. “It’s marginally more work for me to type in my password to open 1Password than use my fingerprint, but not much. My Apple Watch unlocks the Mac, and so I don’t need the TouchID sensor for that, and when I use Apple Pay on the iMac, the Watch makes that quite painless, too”.

As for the Touch Bar, he says that Apple needs to either push the Touch Bar system out to the entire Mac Line via a new Keyboard, or they need to expand their laptops with a line of devices without Touch Bars.

The current laptop line forces users to pay for the Touch Bar on the higher end devices whether they want it or not, and that’s a cost users shouldn’t need to pay for a niche technology without a future. So Apple needs to either roll the Touch Bar out to the entire line and convince us we want it, or roll it back and offer more laptop options without it. I’m going to be curious what they do if/when they announce updated Laptops this fall.

Right now, my bet is on Apple having decided they fell in love with the Touch Bar and lost sight of the fact that Apple sells solutions to problems, not technologies. And here, they handed us this really neat technology, and it fell rather flat in the market.

Do you find the Touch Bar on your MacBook Pro worth paying a premium for?