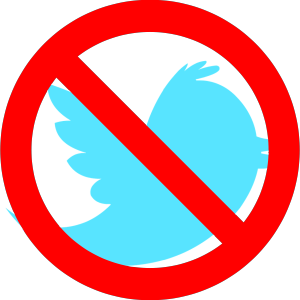 In a recent opinion article for Macleans magazine (found here), the editors of the magazine came out against the government of Canada challenging the CRTC’s decision to implement Usage Based Billing. Since Macleans is owned by Rogers Communications, it really isn’t a surprise that they would write an article supporting UBB, since their parent company is one of the companies that benefits from UBB. Â The part of the article that shocked me was how critical the editors are of the government using twitter to announce that they will be reversing the CRTC’s decision.

The article begins by attempting to provide information about why UBB should be implemented (mind you quite unfactual information) but towards the end of the article they begin to talk about how unprofessional it is of the government to use Twitter to convey messages to the public by saying:

As a result of wild online outcries from the heaviest users and their Internet service providers, Prime Minister Stephen Harper quickly sent out a tweet that he was unhappy with the CRTCâ€™s decision. Industry Minister Tony Clement followed up with his own Twitter posting that the agency would be forced to drop its existing policy and â€œgo back to [the] drawing board.â€

Such a casual approach to important public policy is an embarrassment to the government. Itâ€™s also another example of how the Harper government occasionally allows populism to interfere with sound decision-making. In much the same way the Conservatives seem convinced our country is besieged by criminals, they are now encouraging the popular delusion that usage-based billing will condemn Canada to backwater Internet status. Rather, we have one of the fastest and most modern Internet networks in the world.

I for one was quite happy to see that members of parliament were using Twitter to discuss this matter, as that was where most of the conversation about the issue was happening. Â I find that Twitter is the most used app on my iPhone as a source of news and information, so it makes sense for the government to use it as a tool for policy making. Â To me, this is a sign of government embracing the modern age, similar to how radio and television were embraced in the past.

What do you think about this matter? Should the government use social media to convey information about public policy to the public? Or do you agree that services like Twitter are too “casual” for the government to use for deciding and announcing public policy? Let us know what you think in the comments below!