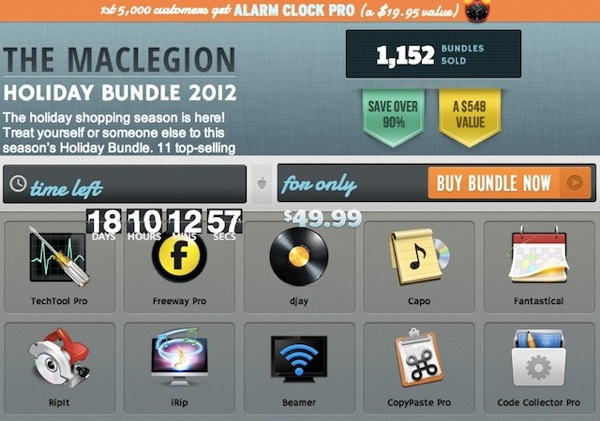 If you’re worried about after-sales support, MacLegion guarantees you’ll get it:

MacLegion bundles entitle you to full after-sales support as well as valid upgrade paths for later software releases, just as if you had bought each application from the developers themselves.

Here are the apps included in this year’s bundle:

Of course, iPhone in Canada readers can support our site by purchasing the 2012 MacLegion bundle via our affiliate link here. The sale is only available for the next 18 days.