Macworld/iWorld Won’t be Held in 2015 as Planned 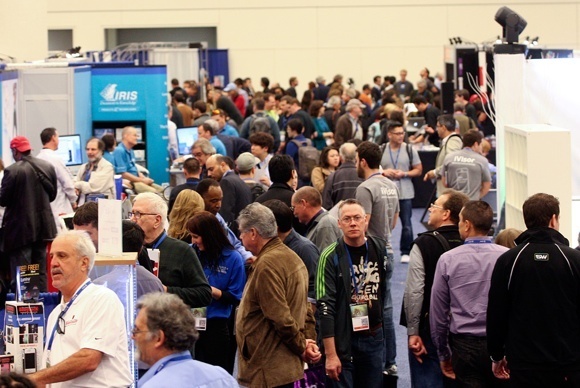 Apple-oriented trade show Macworld/iWorld would go on hiatus and not be held in 2015 as planned, according an official statement released today by IDG World Expo (via Macworld). For nearly three decades, thousands of companies and hundreds of products have come to market at Macworld, and countless professional relationships have been made.

“We are announcing today that Macworld/iWorld is going on hiatus, and will not be taking place as planned in 2015. Our MacIT event, the world’s premiere event for deploying Apple in the enterprise, will continue next year with details to be announced in the coming weeks.”

The official statement notes that since 1985, Macworld events have brought together a community to celebrate the incredible innovations that Apple has brought into the world. “As Apple products and the related ecosystem have changed, so has the marketplace”, it says, adding that Macworld would like to take this opportunity to thank the Apple community for allowing them to host these events all these years.

The notice concludes by saying that they are exploring new partnerships, venues, and delivery opportunities through which the MacIT events can serve the market. Future plans for the event will be made public in the next few months.

Today the first press reviews of Apple’s HomePod 2 hit the web, along with unboxing videos. The second-generation HomePod sports a similar design as its predecessor, has a 4-inch woofer and five tweeters (down 2 from before), plus gains a built-in temperature and humidity sensor, along with automatic room sensing for adjusting audio to your […]
Gary Ng
21 mins ago

Apple’s second-generation HomePod is set to launch on Friday, February 3, and ahead of the debut, the embargo has lifted on the first press reviews. HomePod 2 has the same price as its predecessor before the latter was axed, but this time supports Spatial Audio and room sensing for automatically-tuned sound, to go with a […]
Gary Ng
41 mins ago