Macworld Resulted in Over the Air iTunes Downloads on the iPhone

So that was an interesting Macworld keynote by Philip Schiller. After watching the keynote I think he did a pretty good job introducing updates to iPhoto, iMovie, and iWork. He also made one major announcement which was rumored to happen, a unibody 17″ MacBook Pro (for $2799US–or $2999CDN + taxes!).

However, the important iPhone 3G announcement wasn’t the release of rainbow colors or larger capacity models. It was the much anticipated…wait for it…get ready…feature of being able to download songs/albums on iTunes over the 3G network (instead of being limited to WiFi)! Yes, that’s right folks. You can now buy music on the go whenever you’re bored or waiting in line at the supermarket.

Another interesting announcement was the announcement of DRM-free songs coming in April to the iTunes Store with three different pricepoints (coming in April). This is a pretty huge announcement that we’ve been waiting for. You can now share your music freely without the pain of DRM limiting your MP3 library’s mobility from computer to computer. 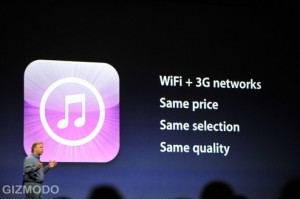 Maybe Apple is waiting for Steve Jobs’ comeback to make the “major” announcements (such as an update to the iMac, Mac Mini, and iPhone 3G). Who knows with Apple as they seem to bring on surprises when we least expect it.

If you didn’t get the chance to attend Macworld the keynote is now online. If you were there you would’ve been able to hang in the audience with the man who claims he invented the internet, Al Gore (thanks Al): 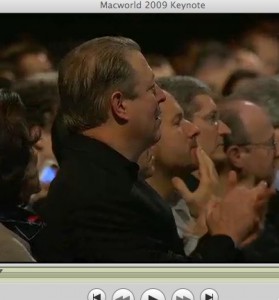 Just ahead of HBO’s highly anticipated premiere of Game of Thrones prequel series House of the Dragon, a new House of the Dragon: DracARys augmented reality app has been released to download for iOS and Android. Available in English and French, the app offers an immersive, free-roaming AR experience, and allows fans to hatch and raise their own...
Usman Qureshi
12 hours ago

On Monday, Bell Media announced veteran CTV news anchor, Lisa LaFlamme was being let go by the company. Coinciding with Bell’s announcement, LaFlamme broke her silence in a final “sign off” on Twitter, a video that has since racked up 3.8 million views. Her firing has made international headlines in the past 24 hours. LaFlamme,...
Gary Ng
12 hours ago

According to a CTV News report, a coalition of Chambers of Commerce representing border communities is calling on the federal government to scrap the ArriveCan app requirements for travelers crossing the border. A Statistics Canada report shows U.S. visits through land ports are still down significantly across the country. The border-city mayors are therefore also asking...
Usman Qureshi
12 hours ago