The company says it is working with Canadian providers to resolve the issue, and in the meantime have disabled two-step logins asking for SMS authentication codes (customer 2FA discounts will remain in effect). 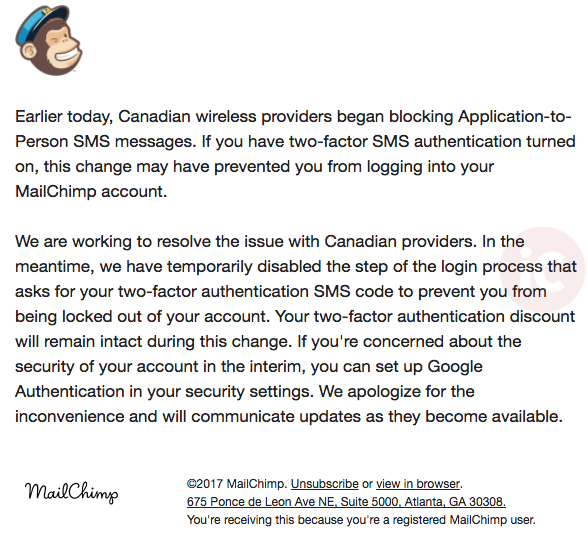 Here’s what @RogersHelps responded to customers affected by this issue:

Hi Steve. We are not currently impeding A2P messages and it is not our plan to do so. We’re looking to develop a process that will protect

MailChimp says customers looking to secure their accounts can setup Google Authentication instead within security settings.

Two-factor authentication by SMS allows users to add a second layer of security when logging in, instead of just entering a password.

Are you being affected this carrier blocking of two-factor SMS authentication codes? We’ve reached out to carriers for comment and will update this post when we hear back.

Update Nov. 13, 1:11PM PDT: A Telus spokesperson responded via email to confirm “we do not block this type of SMS”.