‌How to Make FaceTime‌ Calls on TV Using an Xbox

While Apple TV users are still waiting for the ability to make FaceTime‌ calls using their big-screen TVs, it appears it is now possible to join FaceTime video calls on TV using an Xbox console (via MacRumors). 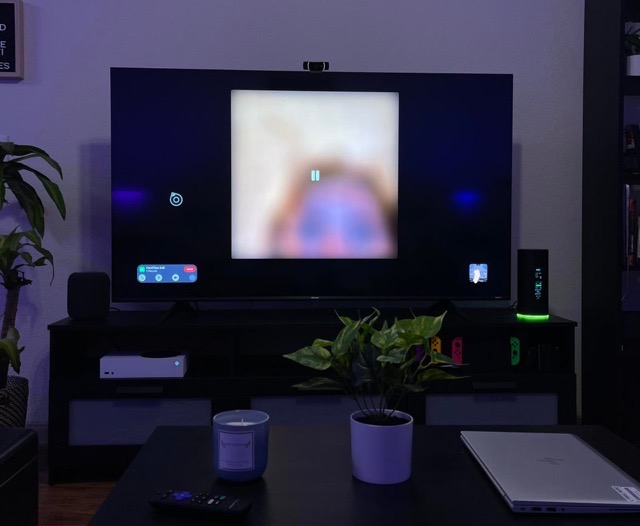 As shared by Reddit user JavonTEvans, Xbox users can now make FaceTime‌ calls on their TV using a simple setup that involves a Logitech C930 webcam connected to an Xbox Series S.

To join a ‌FaceTime‌ call, you simply need to open Microsoft Edge on your Xbox, navigate to your email provider, and open an email with a ‌FaceTime‌ link.

The setup is theoretically possible from any device with Google Chrome or Microsoft Edge installed thanks to ‌FaceTime‌ links. Apple introduced FaceTime links with iOS 15, iPadOS 15, and macOS Monterey last year, providing a way for users of non-Apple devices such as Android smartphones and Windows PCs to join ‌FaceTime‌ calls easily, with no need for a dedicated app.

Since it is not possible to access a browser on Apple TV to open ‌FaceTime‌ links, Apple’s own TV device is unable to make ‌FaceTime‌ calls using this method.