Here’s a surprising story from my neck of the woods that shows just how attached some of us are to our Apple devices. In Saanich, BC, on Vancouver Island, a man was attacked for his iPad as he exited a bus. I live in Saanich as well–not too far from where this happened. 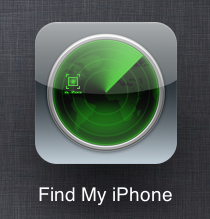 Saanich News reports a young Japanese man living in Canada on a work permit was attacked as he got off a bus. During the attack the attacker kept asking for the victim’s iPad. The victim had a conversation with the attacker moments earlier on the bus. The attacker then followed the victim off the bus and proceeded to assault the victim, demanding the victim to hand over the iPad.

Sgt Dean Jantzen of the Saanich Police had this to say, “He was attacked from behind, with no warning whatsoever, thrown on the ground, and kicked and punched.”. Victoria is generally a pretty quiet place so this type of incident is quite disturbing to the community.

The suspect is described as a white man with long blond hair and a blond beard that comes to a point roughly two inches below his chin. He was wearing a dark hoodie, long pants and possibly had on grey Nike shoes. It is believed he is a smoker.

If you happen to have information regarding this incident, you are urged to called the Saanich Police at 250-475-4321.