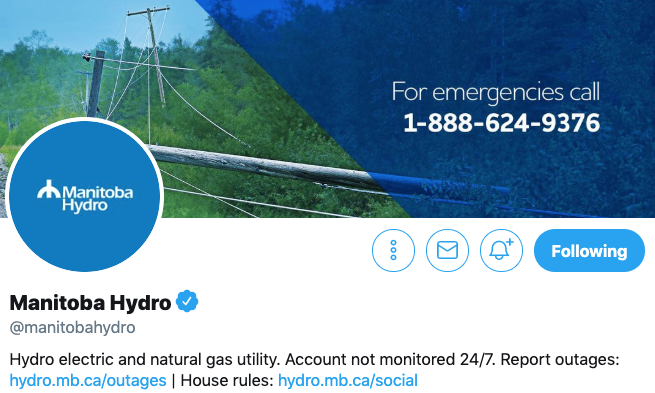 Manitoba Hydro is warning its customers to beware of scammers pretending to be the provincial electric and gas utility and demanding payments over the phone.

The company first sent out a warning on June 13, 2019, but followed up a day later, saying “We’re getting a lot more calls and reports of these phone scams. We don’t accept payments over the phone, by credit card, by PayPal, or by wire transfer. We’re working with @wpgpolice. Hang up and don’t pay!”

⚠️SCAM ALERT⚠️ A new, sophisticated scam sounds a lot like us but leaves a different phone number. Our number is 1-888-624-9376. Don't call anything else and hang up on scammers! pic.twitter.com/GqxpclNTTv

According to Manitoba Hydro, scammers are threatening callers to disconnect their utilities if they don’t pay immediately over the phone, with prepaid cards purchased at their local retail stores.

“They often use caller ID spoofing, and their call-back number may even include recorded replicas of utility greetings,” writes Manitoba Hydro.

While most people won’t be fooled by these scammers, all it takes is one person to believe the calls as authentic and head over to their nearest store to buy thousands of dollars of gift cards, getting conned in the process.