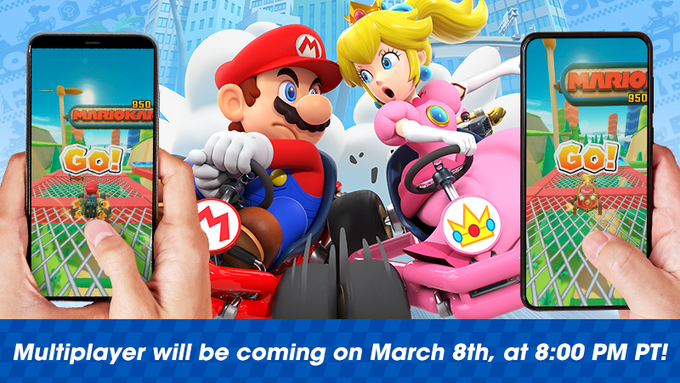 If you are a fan of Nintendo’s Mario Kart Tour for iOS, you can expect a new highly anticipated multiplayer mode coming in less than a week.

According to Nintendo, the company said today, “Multiplayer for #MarioKartTour comes out on Mar. 8, 8 PM PT! You can compete against seven other players, whether they’re in-game friends, nearby, or around the world. Are you ready to play?”

The multiplayer mode will become available on Sunday, March 8 at 8pm PT/11pm ET and will let you play against up to 7 other players. Nintendo says you’ll be able to play with your friends, people from around the world and also those nearby.

Mario Kart Tour is currently the #2 title in the App Store under the Racing within the Games category.

Click here to download Mario Kart Tour for iOS in the App Store—it’s free but supported by in-app purchases.