Last night we reported that iOS 4.2 Beta 2Â was releasedÂ (along with iTunes 10.1 Beta) to developers less than two weeks after the last build was released. With it will come a few enhancements including this one regarding uploading YouTube videos.

This feature has been available on the YouTube desktop client for some time. When uploading a video, you can mark it as Public, Unlisted (where only people who posess the direct link or embed code can view the video) or Private (where you set who can see the video). Handy, but those options weren’t available when trying to upload via iOS. In 4.2 Beta 2, that has changed as you can see from the screen shot. 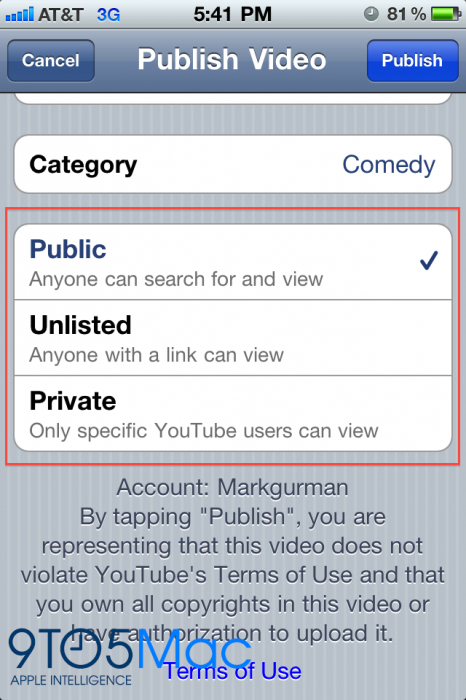 A welcome change to iOS which we’ll undoubtedly see become a reality when it’s released to the public in the coming days/weeks.