Facebook founder and CEO Mark Zuckerberg’s prepared testimony ahead of his appearance before the House Energy and Commerce Committee on Wednesday, has been released by the Congress today. According to CNBC, Zuckerberg is also scheduled to appear before a joint hearing of the Senate Judiciary and Commerce committees tomorrow. 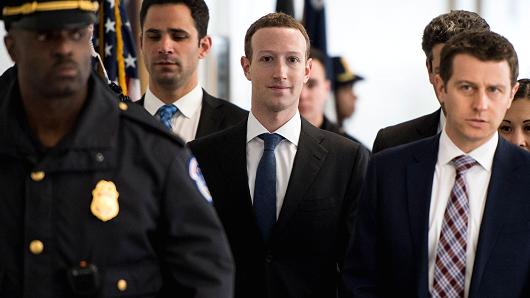 The social networking giant is currently being questioned about recent reports of research firm Cambridge Analytica improperly gaining access to the personal information of as many as 87 million Facebook users. The company has sent representatives to Washington to address issues of foreign interference on Facebook, but the upcoming hearings will be company’s first opportunity to address privacy policies before lawmakers.

Below is an excerpt from Mark Zuckerberg’s testimony:

“I started Facebook when I was in college. We’ve come a long way since then. We now serve more than 2 billion people around the world, and every day, people use our services to stay connected with the people that matter to them most. I believe deeply in what we’re doing. And when we address these challenges, I know we’ll look back and view helping people connect and giving more people a voice as a positive force in the world.

I realize the issues we’re talking about today aren’t just issues for Facebook and our community — they’re challenges for all of us as Americans. Thank you for having me here today, and I’m ready to take your questions.”

With mere weeks remaining in Ian Scott's term as chairman of the Canadian Radio-television and Telecommunications Commission (CRTC), one telecom expert has said his tenure has proven "disastrous for public confidence" in the regulator. "I think it’s been disastrous for public confidence at the CRTC at the very time that the government wants to hand...
Nehal Malik
20 mins ago