It seems like the Apple Store located in Calgary’s Market Mall is set for a retail expansion in the near future.

The store is currently located in a 36-foot wide space along one corridor of the mall, with a total of 5,448 square-feet of space. According to anonymous tipsters, within a year the store will be moving to a new location at the south end of the mall.

As seen in the mall map, the new space faces a mall entrance with a 77-foot wide storefront. Not only is this prime real estate for an Apple Store, but the new space also offers 7,287 square-feet of space.

The push to expand Apple’s retail stores started about two years ago when the company decided the stores are too small for the amount of foot traffic and employees required.

As many in British Columbia know, three of the four Apple Stores in the region are of the newer design offering more space and greater flexibility to use the products. Those three stores are the Oakridge Mall, Richmond Centre, and Metrotown Mall locations. Only the Pacific Centre Mall location in Vancouver still has the original store design that is small and narrow. 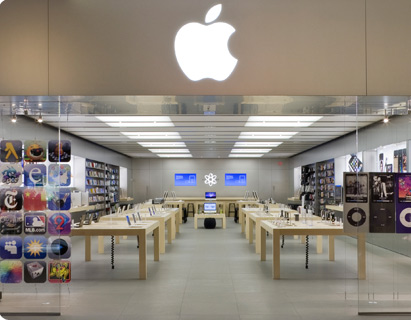