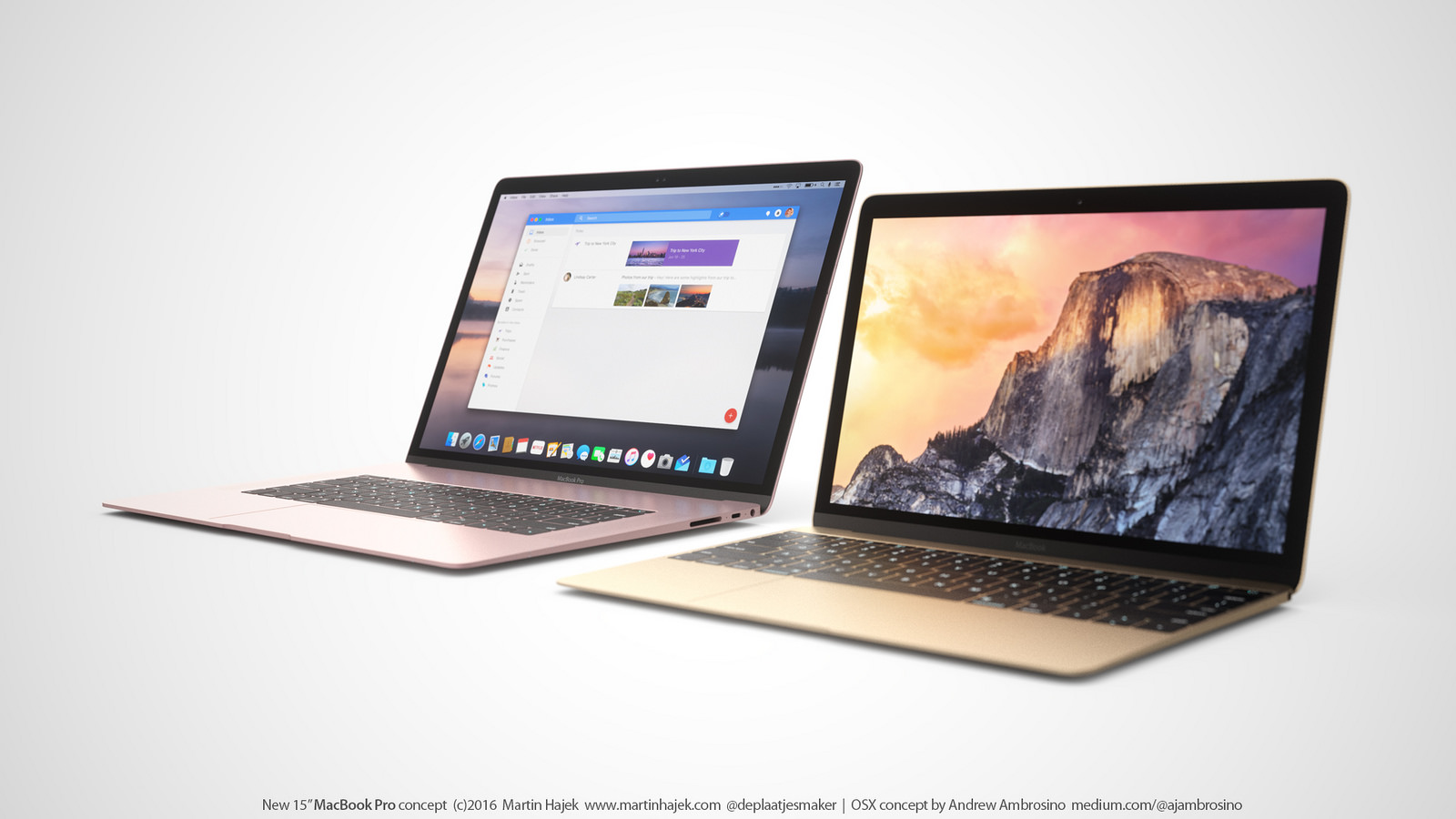 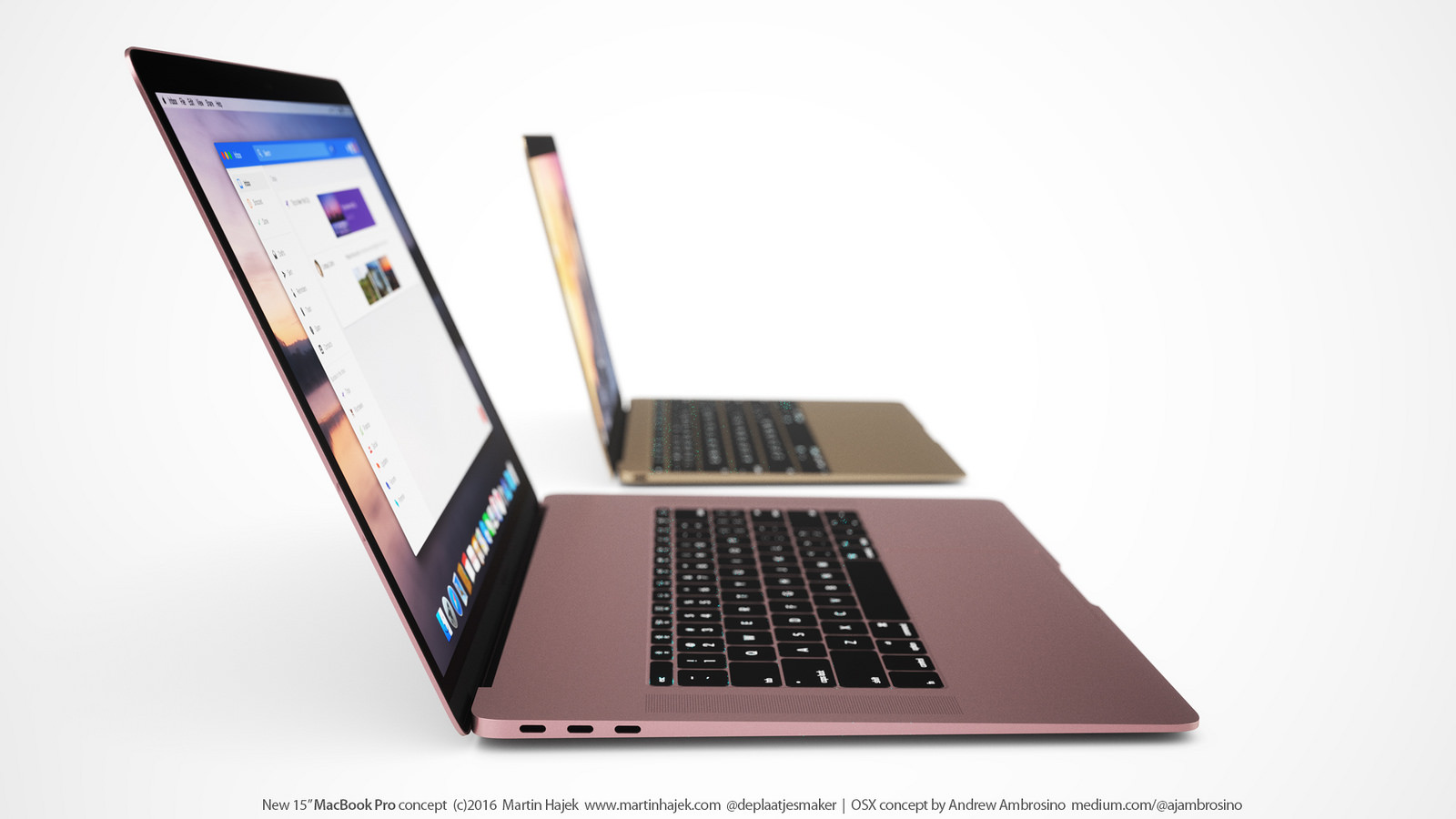 The concept images show a design similar to Apple’s latest 12-inch MacBook. In addition, the concept of the 15-inch MacBook Pro has been outfitted with 3 USB-C ports in a Rose Gold colour.

As expected, Apple made no reference to Macs during its event earlier this week, where the company announced the 4-inch iPhone SE and 9.7-inch iPad Pro. According to recent reports, Apple will update its 13-inch and 15-inch MacBook Pros in July. 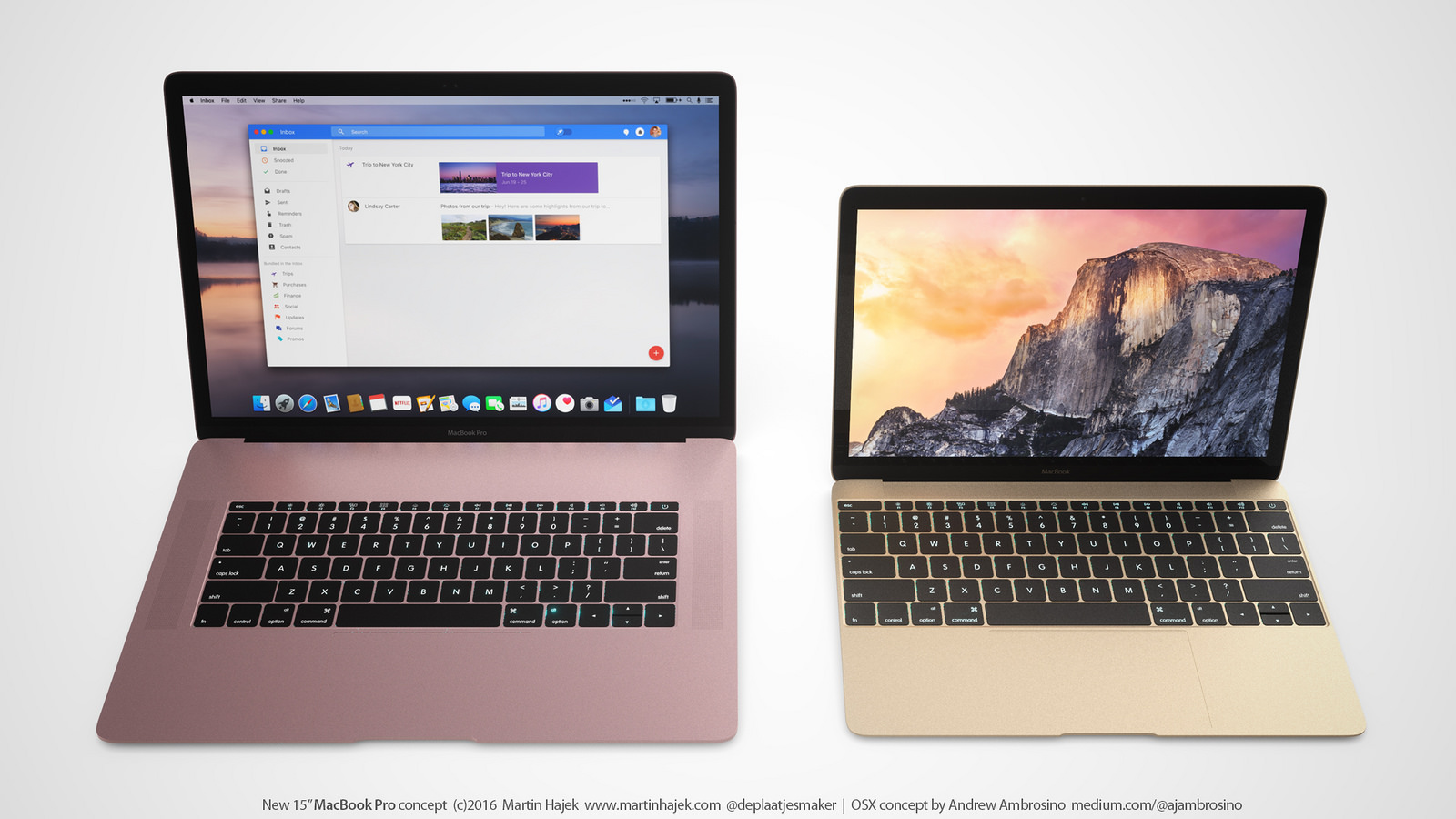 What do you think of Hajek’s concept images of the rumoured 15-inch MacBook Pro? Let us know in the comments below.