If your matte black iPhone 7 or 7 Plus is still impeccable, you may be among the lucky ones: those who are unlucky – and there is a growing number of them, as spotted by 9to5Mac on the Apple Support forums – have been suffering from paint chips. 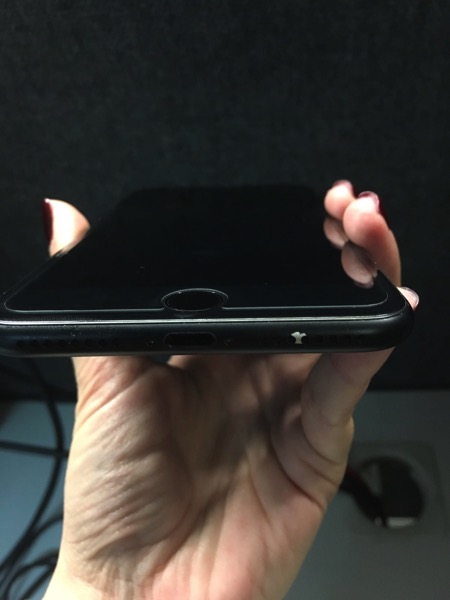 The first poster says that after a month of usage with the iPhone 7 Plus protected by a TPU case and full-screen tempered glass (most of the time) the “black anodised paint has been chipped off from the phone body. I am really disappointed with what happened to the phone because I have been using it very carefully.”

Although the thread currently counts four pages only, it turns out that this poster isn’t the only one encountering the issue. Users say they see paint chips around the edges and back. Apparently, the 7 Plus is the most affected model, and, as you can imagine, support won’t be able to help you here, as Apple won’t replace the devices.
The most common area seems to be around the speaker grille.

As 9to5Mac points out, this is similar to the cosmetic flaw reported with the launch of the black iPhone 5. Although the issue is limited to a handful of devices, there may be others who haven’t had the “courage” to show it to the world. Are you affected by this cosmetic flaw of the matte black iPhone 7? Mine is matte black, but I haven’t encountered this issue.