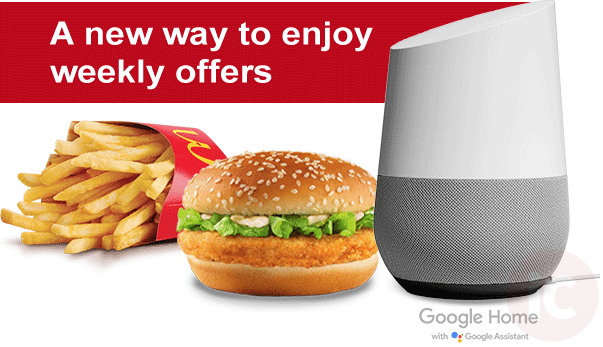 If you’re a fast-food junkie, McDonald’s Canada has announced today you can now find weekly offers faster and easier by using Google Assistant.

Google Assistant is available on iOS, Android and Google Home smart speakers and now you can listen to the latest weekly offers from McDonald’s Canada by saying “Hey Google, Talk to McDonald’s.”

The fast-food chain explains, “McDonald’s now works with your Google Assistant, so you can hear all of your favorite My McD’s app offers using just your voice.”

Once you say “Hey Google, talk to McDonald’s”, you’ll be asked to share your location with Google to get offers available in your region. Once you agree, your Google Home will read out the offers. 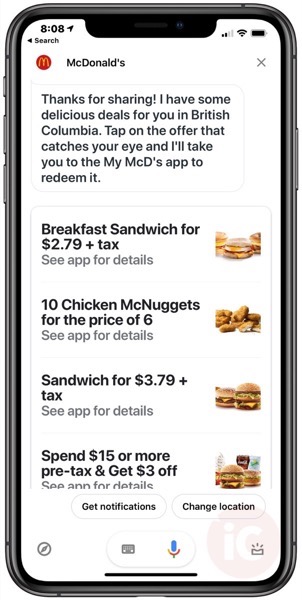 On smartphones, when you ask Google about McDonald’s, you will also need to agree to share your location for local offers, which are presented to you on your phone. Tapping an offer will then prompt you to open the MyMcD’s iOS app.

McDonald’s Canada has been embracing technology lately, most likely as a way to reach younger audiences. Last month, it introduced a hiring event which utilized Snapchat. The company’s MyMcD’s app also allows customers to double dip on coffee rewards by collecting digital stamps on your smartphone and the physical stamps on coffee cups, to go with mobile ordering made available in 2017.

Back in October, Apple confirmed its head of hardware design, Evans Hankey, was departing from the company after just three years of replacing the famed design chief Jony Ive. Now, Bloomberg’s Mark Gurman reports Apple won’t be replacing the coveted design chief role, but instead having its entire team report to the company’s chief operating […]
Gary Ng
18 mins ago