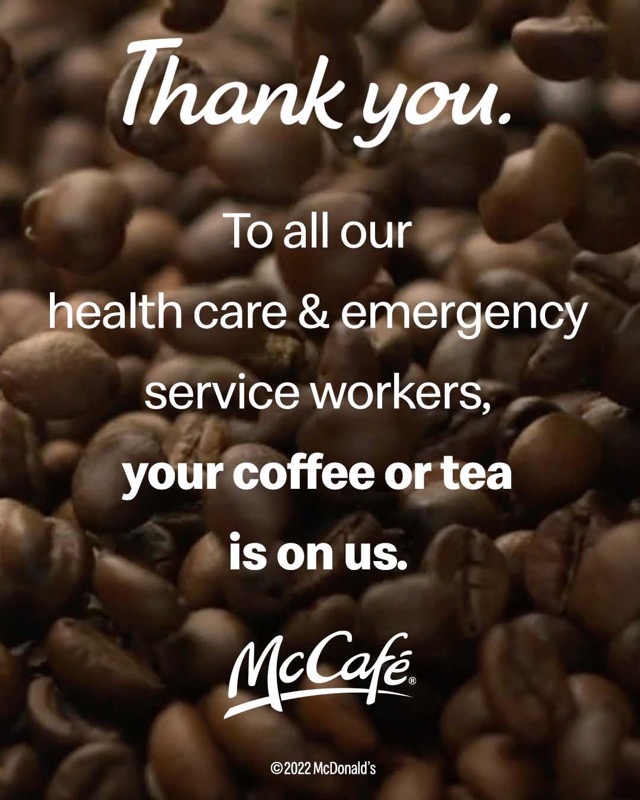 Back in March 2020, McDonald’s and its franchisees gave away over 1 million free cups of coffee or tea, coast to coast to frontline service workers. Starting today on January 7, 2022, the offer is back for a limited time.

“Our purpose at McDonald’s is to feed and foster communities and this effort is aimed at acknowledging those who are doing so much to care for our communities right now,” said Gemma Pryor, Senior Director, Canada Impact Team, in a statement. “Throughout the pandemic we saw our franchisees finding creative ways to support their communities in times of need and that’s what we’re seeing again here today with the free coffee offer.”

In order to get a free coffee or tea, frontline service workers just need to show their valid work ID at the drive-thru or front counter.

McDonald’s said the free coffee or tea is “a simple gesture of appreciation for those who continue to be on the frontline, protecting and caring for our communities across the country,” as the COVID-19 pandemic continues.