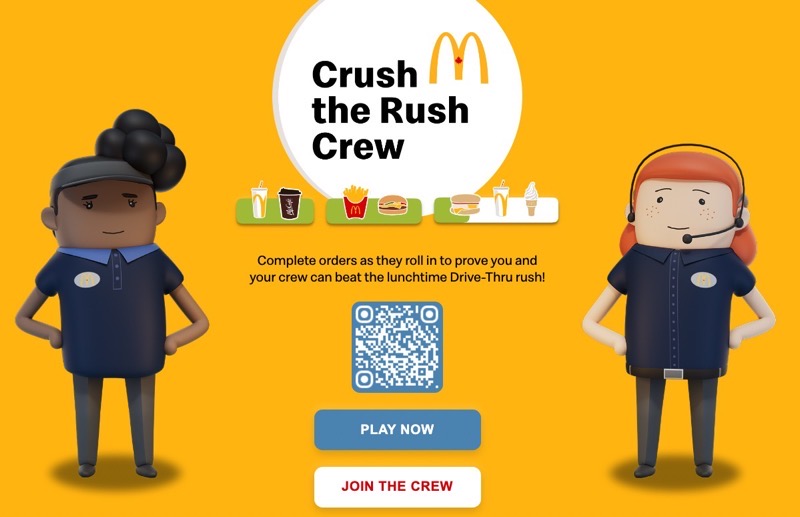 McDonald’s Canada announced it has launched a new video game called ‘Crush the Rush Crew’, to help in its hiring efforts for 25,000 current openings across the country.

The game requires players to “complete orders as they roll in to prove you and your crew can beat the lunchtime Drive-Thru rush!”. The video game was developed with Verizon, says McDonald’s.

“It’s a fast-paced game that brings the energy of McDonald’s restaurants to life and focuses on the importance of teamwork,” says Rebecca Smart, Marketing Director, Brand Strategy, McDonald’s Canada, in a statement. “Players get a feel for the hustle and bustle of the job while working alongside their virtual co-workers to solve problems and complete orders as they come in.”

Players need to tap on items in the order they come in, which is fast and furious. A “join the crew” button offers players to apply for a job at McDonald’s.

Those looking to play can visit mcdonaldscrushtherushcrew.ca from today until May 22, 2022.

McDonald’s Canada says a recent survey shows 1 in 10 Canadians “have worked on a team at a McDonald’s restaurant at some point in their lives.”