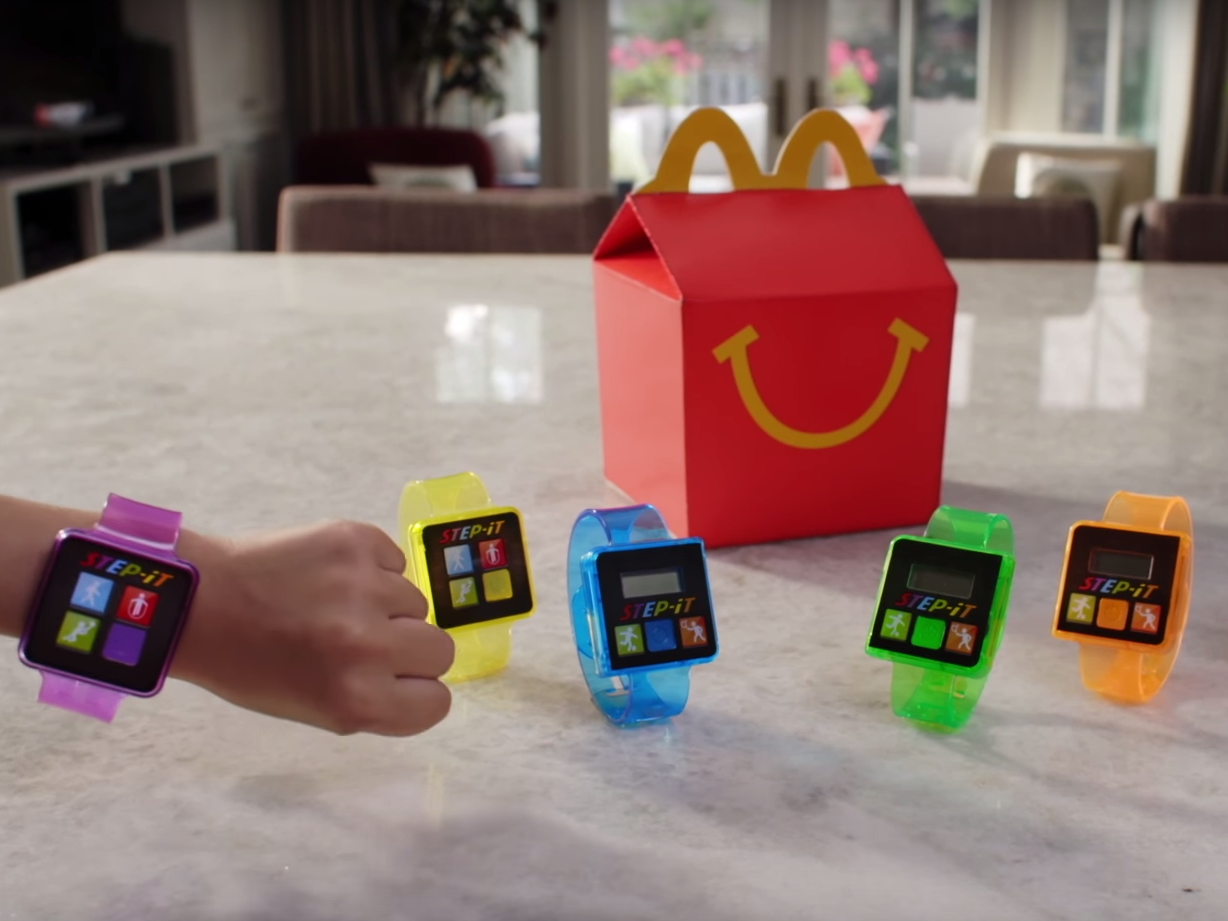 According to the U.S. Consumer Product Safety Commission, McDonald’s Step-It activity wristbands are being recalled due to risks of skin irritation or burns.

The recall was issued after the fast-food company received more than 70 reports of incidents, including seven reports of blisters after wearing the device and various reports of skin irritation and burns. The company is recalling a total of 29 million units in the United States and 3.6 million in Canada.

The recalled activity wristbands, found in Happy Meals and Mighty Kids Meals, come in two styles: “Activity Counter” and “Light-up Band,” and in were available in six bright colours. The plastic wearable pedometers were manufactured in China and measured steps and blink quickly or slowly depending on the amount of movement done by the person wearing one.

If you already have one, the CPSC recommends that you:

“Immediately take the recalled wristbands from children and return them to any McDonald’s for a free replacement toy and either a yogurt tube or bag of apple slices.”

If you have any inquiries about the recall the CPSC recommend you call McDonald’s at 800-244-6227 or go online to www.mcdonalds.com and visit the “safety recall” section.